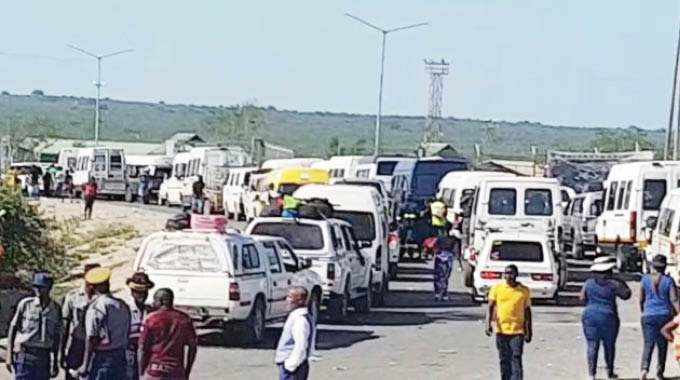 A government official has expressed concern over the manner in which some returnees from South Africa were being handled at the Beitbridge Border Post, saying it may lead to a spike in coronavirus cases.

This follows reports of massive congestion at Beitbridge, with returning Zimbabweans being held for long periods risking the spread of the virus among them. The official, who refused to be named, said:

The buses are not even taken to the COVID-19 quarantine centre for a check-up. We are going to end up in a disaster because of this recklessness.

On the South African side of the border, long traffic queues have spilt into Musina town which is 15km south of the border.

South African side customs officers appeared to be on a go-slow and were taking too long to release export vehicles headed into the region through Zimbabwe.

Neither the Zimbabwe Revenue Authority (ZIMRA) spokesperson Francis Chimanda could not give a comment on Monday, nor the South African Revenue Services (SARS).

The head of immigration at Beitbridge, Nqobile Ncube refused to comment and referred questions to his head office in Harare.