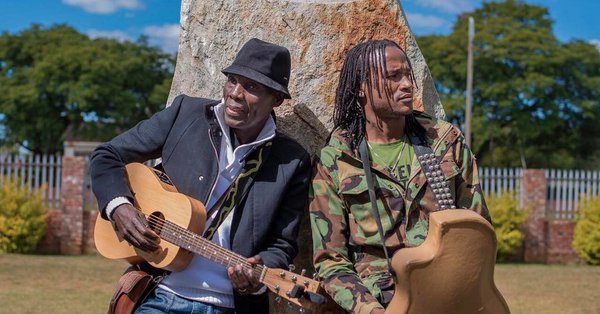 Chin’ono had challenged Jah Prayzah, who is considered to be the poster boy of Zimbabwe’s authoritarian government through his music, to be “on the side of the people” by denouncing the government’s excesses as was done by the late national hero Oliver Mtukudzi and United States-based Chimurenga maestro Thomas Mapfumo.

However, Mawarire argued that Jah Prayzah has a right to decide who to associate with and castigated some people’s tendency to try to make others think as they do or see things from their own perspective, saying it is the hallmark of intolerance. Below is Mawarire’s thread in full on Twitter:

The intolerance among Zimbabwean politicians & quasi-political activists is what is wrong with Zimbabwe that we need to fix.

Artists should be left to do their art, be hired by anyone for performances. I have seen Alan Chimbetu & others performing at both Zanu-PF& MDC functions, that’s how it should be.

We have to build a society with high levels of tolerance, people should exercise their freedom of association unhindered.

I don’t believe we all should see things with one eye. Politicians should market their programs on their own, seek endorsements from those to whom they would have successfully sold their programs.

No artist or ordinary citizen should be commandeered to like or hate anyone on behalf of politicians failing to sell their programs.

I will continue working to win the hearts of Zimbabweans to see sense in my programs BUT will not force artists to run with my arguments or attack them for not doing so.

That’s not how we entrench democracy as a country. I believe all of us have a right to hold different opinions and our artists should enjoy the freedom that comes with poetic licence.

How we make meanings of their lyrics should never be used as an instrument to attack them because those are our opinions, not necessarily theirs.

Let’s build a Zimbabwe where we have tolerance, a society in which the voice of the least among us is invaluable, a home in which the ideas of those we think are better than we are considered, a country where our collective is better than our individual efforts.