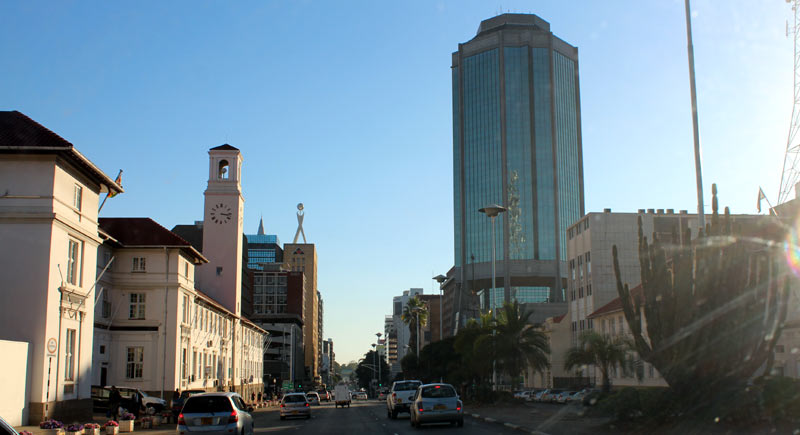 The RBZ has denied reports that it is paying NOIC’s debt to Sakunda. RBZ said NOIC has an account at RBZ and they directed the RBZ to transfer funds to CBZ but not to Sakunda:

The Reserve Bank of Zimbabwe (the Bank) wishes to advise the public that the lead story titled V13, in US$17m murky fuel deal’, carried In the Zimbabwe Independent edition of 30 October 2020 is very misleading, incorrect and unfortunate.

For the record, the National Oil Company of Zimbabwe (Private) Limited (NOIC) has an account held and maintained with the Bank in its capacity as banker to the State. NOIC made a withdrawal of funds from its account and transferred the funds to its commercial bank account and not to Sakunda Holdings.

The deliberate fabrication that the Bank paid a loan to which it was not a party is mischievous and uncalled for and so is the false statement that the Bank “raked in a fresh US$2,23 billion debt” which falsehood has been previously brought to the attention of Zimbabwe Independent to rectify. Such negative and unprofessional journalism is regrettable.

The Bank has since requested Zimbabwe Independent to do the needful. 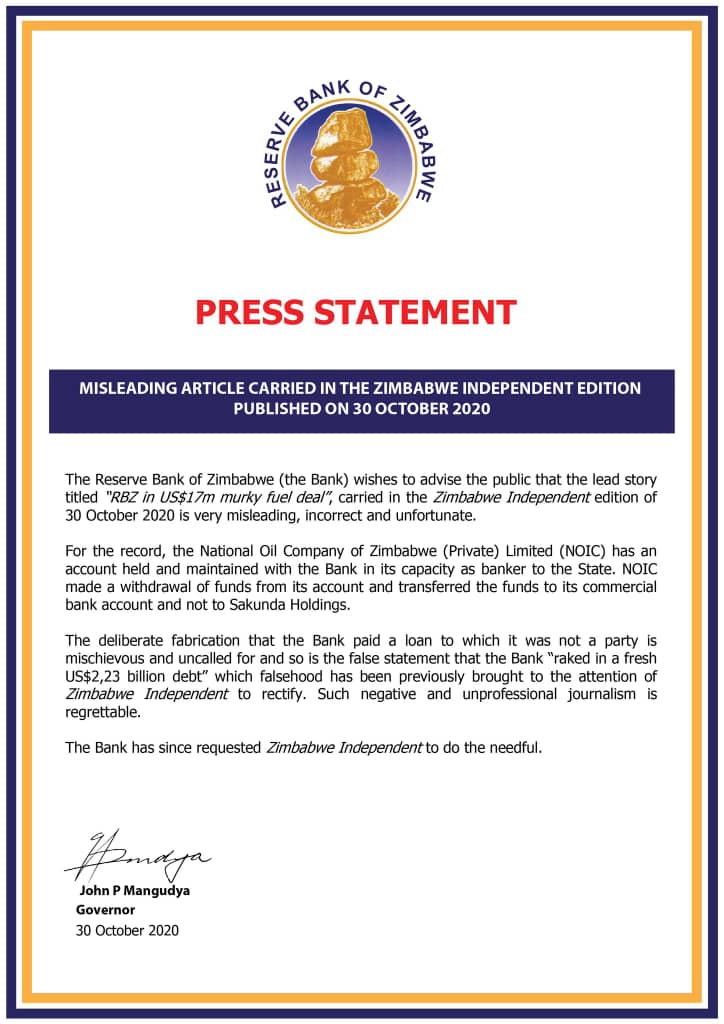