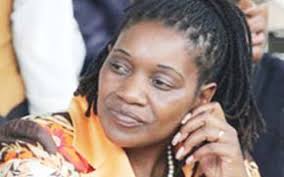 This was revealed at a Press conference in Gweru where ZMF Management Committee chairperson, Makumba Nyenje said:

As the management committee, we have received reports from the Secretary General and Treasurer General following the incident involving Rushwaya and Karanda. After strong deliberations pertaining the two, we have realized that they are appearing before the courts for attempted smuggling of gold and this committee has focused on action to take.

Our constitution stipulates that a member convicted of a criminal offence shall also seize to be a member of the national executive. Since the case is still before the courts, whilst awaiting the verdict this committee is recommending suspension of Rushwaya and Karanda from their offices until finalization of their matter or expiry of their term of office that comes on 14 June 2021 which ever comes first,” Nyenje said.

Accordingly, the committee is recommending that Marufu Sithole as the first vice president takes over as acting President until the matter is finalized.

Marufu Sithole, Rushwaya’s deputy will take over till Rushwaya’s case is resolved. Meanwhile, 6 people were arrested after they were implicated in the case.

Leave a Reply to next 1 Cancel reply