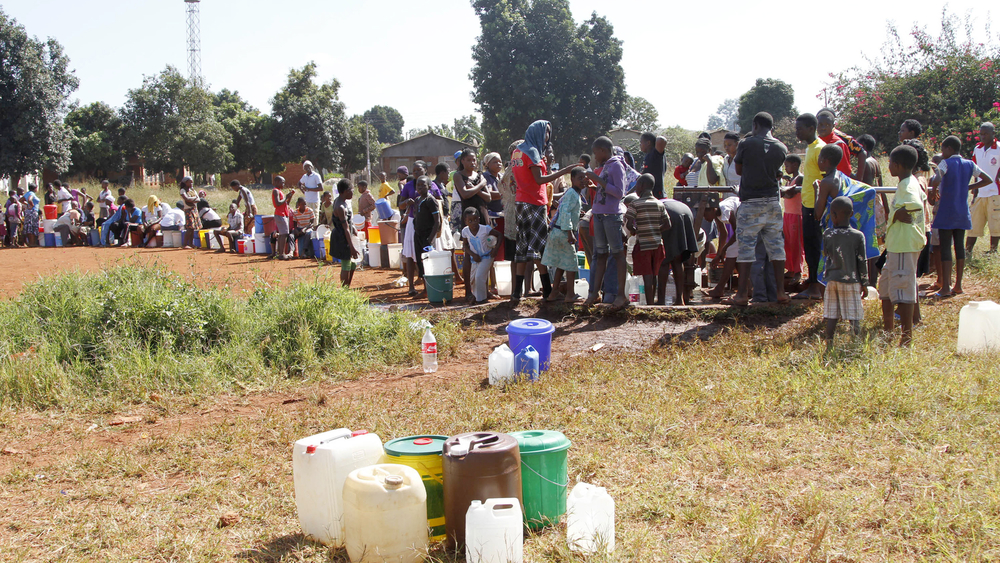 Women in Mabvuku and Tafara, two high-density suburbs to the East of Harare CBD, are vulnerable to sexual exploitation due to continued water shortages.

This was revealed by participants at a Water Dialogue Forum held in Mabvuku on Monday.

Women who attended the forum alleged those truck drivers who deliver water bowsers in the suburbs have openly been demanding sex for water. One of the attendees said:

The drivers and volunteers of water bowsers are openly asking for sex in order to supply us with water, we refused and are no longer supplying our section with water.

The water situation has not spared even the young women who are giving in to the demands of the volunteer workers distributing water.

The water distribution has increased vulnerabilities among women as they come as late as 7 pm distributing water in Mabvuku.

During the forum, CHRA called for the immediate removal of the Chemplex Corporation’s monopoly of supplying water treatment chemicals to local authorities.

They argued that the monopoly has resulted in the disruption of water supply in the city due to lack of capacity to supply water treatment chemicals.