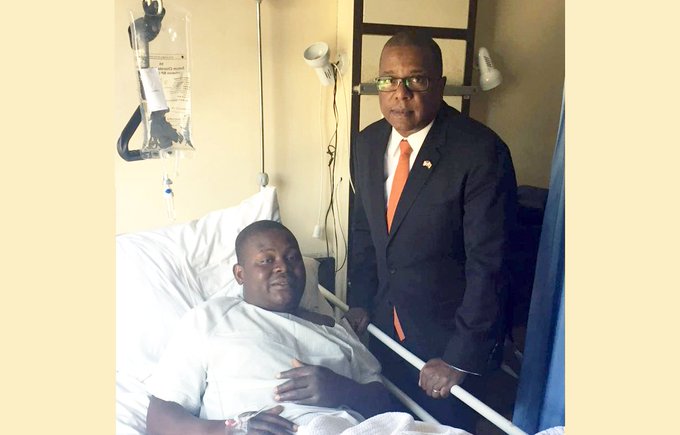 The United States of America has refuted claims by senior Zimbabwean government officials that it was constantly changing the conditions to be met by Harare for sanctions to be scrapped.

The US Embassy in Harare said the key conditions are the same and these are the restoration of the rule of law, free and fair elections, equitable, legal, and transparent land reform, and civilian control of the military. A post on Twitter by the Us Embassy read:

The Zimbabwe Democracy and Economic Recovery Amendment Act (ZDERA) of 2018 outlines the steps Zimbabwe needs to take to gain the support of the United States Government for new lending through international financial institutions.

The key conditions the United States requires Zimbabwe to satisfy remain the same: 1) the restoration of the rule of law; 2) free and fair elections; 3) equitable, legal, and transparent land reform; and 4) civilian control of the military.

If Zimbabwe fully align its laws to the 2013 Constitution and followed through on President Mnangagwa’s own promises of reform, it would meet these requirements.

Zimbabwe is set to hold a virtual anti-sanctions gala on Sunday following a similar but poorly-attended event that was held at the National Sports Stadium in Harare on 25 October last year.