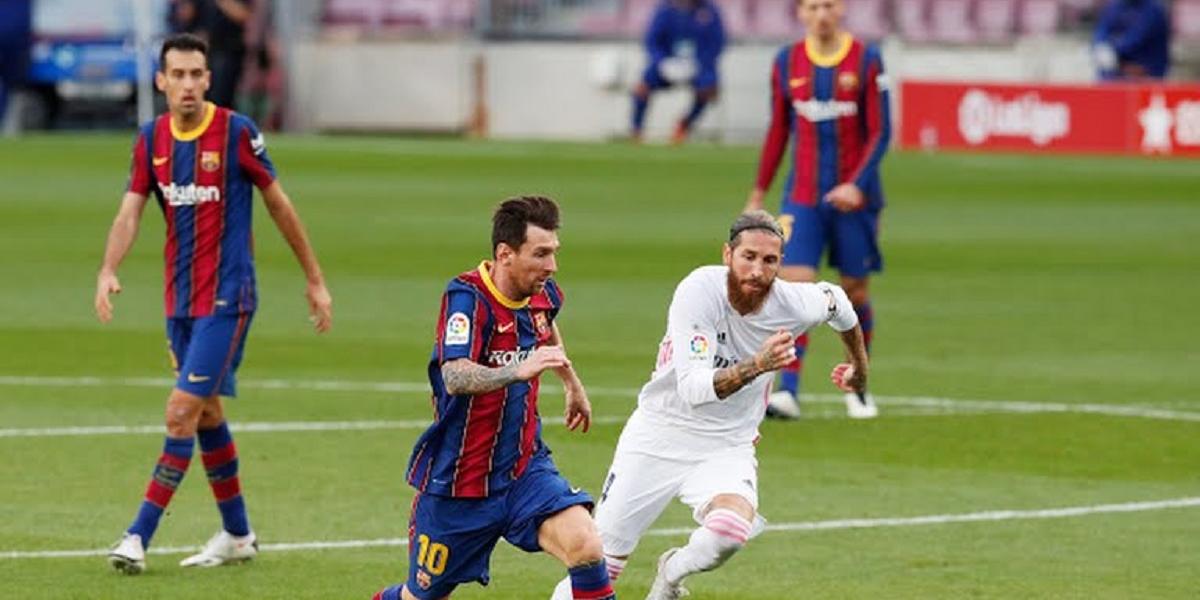 This means Los Blancos have beaten Barca in consecutive league games for the first time since 2007-08!

The visitors were on top for most of the game while Barca looked a shadow of the side they were even a few years ago.

Barcelona got their consoling goal from Ansu Fati in the 8th minute.

Meanwhile, West Ham held Manchester City to a 1-1 draw at London Stadium. The Hammers got their goal from

Michail Antonio 18 minutes into the game while the visitors only responded in the second half (51′) through Phil Foden.
There were no changes at all for City from the side who downed Porto in midweek, but there was a place for Kevin De Bruyne on the bench following the Belgian’s recent layoff.
Zimbabwean midfielder Marvelous Nakamba was on the bench on Friday as his Aston Villa lost 3-0 to Leeds.
Manchester United and Chelsea play out a goalless draw in their Premier League clash at Old Trafford in a game of few chances.
The best ones fell to Marcus Rashford who was denied twice by Edouard Mendy as the Chelsea keeper produced two excellent saves, including one in stoppage time to earn the Blues share of the spoils.
Neither side deserved the three points, making the draw a fair result on a wet Saturday evening in Manchester.
Below are the results from matches played this Saturday: