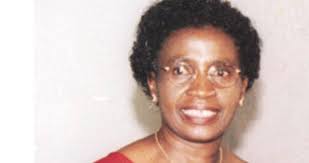 Former Public Service, Labour and Social Welfare minister Florence Chitauro has died, Newsday reports. Chitauro reportedly collapsed at her home in Borrowdale and her family said she died from a stroke.

Her death was confirmed by the Family spokesperson Egypt Chitauro who said that Chitauro, who was once the Zimbabwean Ambassador to Australia, collapsed while she was alone at her home:

She died from stroke. She was staying at Chitauro Farm in Chegutu, a farm she bought a long time ago. So she came here (Harare) and was alone at her house in Borrowdale Brooke when she suffered the stroke.

Chitauro who was a cabinet Minister during the Mugabe era in the late 90s reportedly caused a storm during her tenure as an Ambassador touched a storm after she attacked the Australian Prime Minister John Howard for vilifying Mugabe.

She survived by 2 sons and many grandchildren according to the publication and burial arrangements will be announced in due course.