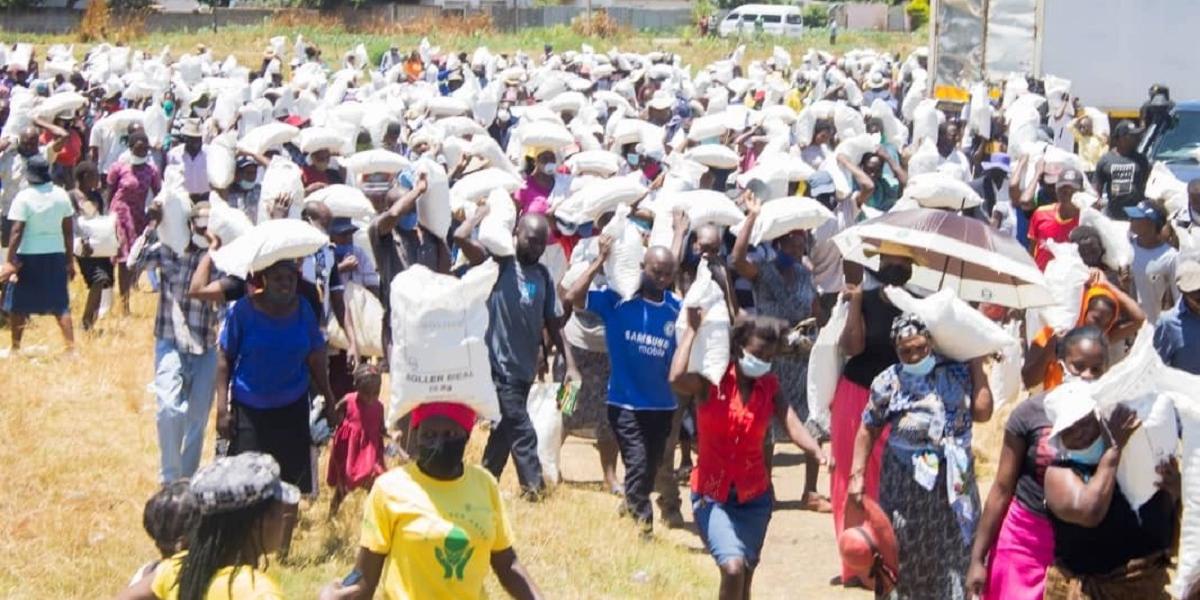 United Kingdom-based preacher, Uebert Angel over the weekend continued with his philanthropic work in Zimbabwe after donating mealie-meal in Kuwadzana and Mufakose on Sunday.

Through the Uebert Angel Foundation, the clergyman and his wife Beverly Angel have since March, when Zimbabwe first recorded the first coronavirus case, been donating food to vulnerable groups in the country and yonder.

More remote areas covered include Zvimba North, Honde Valley and Masvingo among others.

Living standards of many Zimbabweans deteriorated following the outbreak of the coronavirus which cut their sources of income.

Angel has also paid school fees for over 1 800 learners in primary, secondary and tertiary institutions in the country since last year.