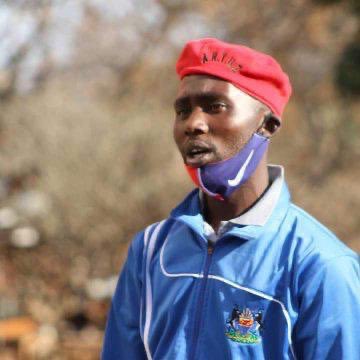 Firebrand politician and MDC Alliance Vice Chairman Job Sikhala has called for the release of Terrence Manjengwa who has been in remand for 51 days for protesting Sikhala’s arrest in August without trial, New Zimbabwe reports.

Sikhala threatened to come from the slumber if young Manjengwa is not released after the court reserved ruling on his bail application for 20 days.

Speaking to the publication, Sikhala said:

The nonsense of punishing people before trial must come to an end. How would a normal country with a properly functioning judiciary system honestly refuse an accused person bail for a charge of criminal nuisance.

This must be brought to the world so that everything wrong with our state is exposed. This is what is called shaming oneself, not what Terrence did.

Release this young man as soon as possible. Otherwise I will spring from the slumber. I don’t give empty threats. It’s not part of my DNA.

Sikhala said he will address a press conference on the issue on Tuesday:

Release Terrence Manjengwa. Stop doing this kind of nonsense in our country. On Tuesday I am going to address a press conference concerning the abuse of this young man. Enough is enough.

Sikhala said the judiciary was not being fair to Terence Manjengwa who he says has been taking care of since his detention 51 days ago:

They arrested him (Manjengwa) for a charge of criminal nuisance. Since then, he has spent 50 days in remand prison with courts refusing to grant him bail on the grounds he shamed the State.

So stupid are grounds for refusing him bail that people tend to question themselves whether Zimbabwe still has any judiciary to talk about. Does anyone need to shame a regime which is a shame for itself.

I am taking care of the family’s household needs, rentals and food. I am also sending the young man food to prison and have been always checking on his welfare.

Zimbabweans on Twitter have started the #FreeTerrenceManjengwa movement on Twitter which has been joined by popular British actress Thandie Newton.