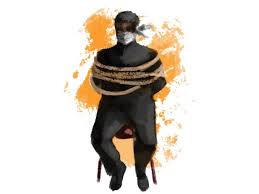 State security agents involved in abductions, torture, and state-sponsored violence are not immune to prosecutions according to Osisa executive director and human right defender Sipho Malunga, The Standard reports.

Malunga was speaking at the Sapes Trust’s 10th online edition of the policy dialogue forum when he said:

If found guilty, a conviction and a sentence or imprisonment. Every crime committed in Zimbabwe is visited by those consequences.

It is a crime to beat somebody in Zimbabwe, it is called assault, if that assault results in death, it is called murder. There are other crimes like abduction, they are kidnapping.

Malunga made reference to the abduction of 22-year-old MSU journalism student, Mduduzi Mathuthu’s nephew who was abducted by suspected state security agents on 30 July and was subsequently tortured. The Abductors used an Impala Car Rental car but the investigation into his abduction is yet to yield any meaningful results.