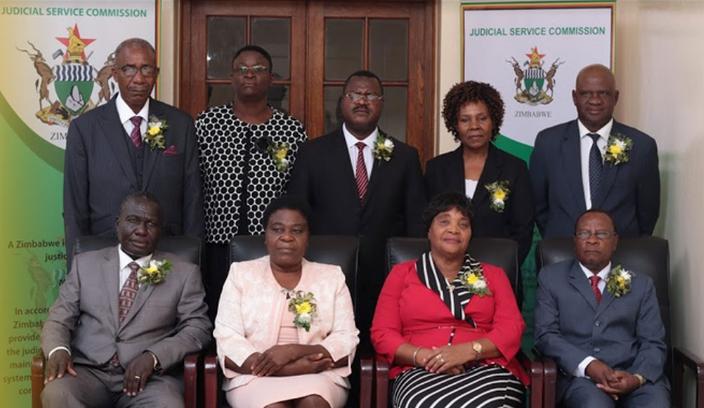 The Judicial Service Commission (JSC) has released the following statement dismissing reports that Justice Ndewere’s suspension is linked to the bail hearing of MDC Alliance legislator Job Sikhala. The JSC said the investigation into Justice Ndewere started last year and therefore it is not in any way connected to Job Sikhala’s case.

Read the JSC’s full statement below:

The Judicial Service Commission (JSC) is concemed with the false accusotions being peddled against it in some sections of the press and on social media platforms. The misleading statements seek to link the institution of processes to investigate the question of the removal of Honourable Justice Erica Ndewere from the office of judge of the High Court to the bail hearing of Honourable Job Sikhala that she recently presided over.

The Commission takes this unprecedented route of making public the background to the investigation in order to clarify the offensive undertones emanating from the statements.
The following is the correct chronology of events:

• Formal investigations into the allegations of the judge’s misconduct commenced on 12 March 2020;

• On 6 May 2020 the judge formally responded to the allegations;

• On 11 September 2020 the allegations against the judge were referred for consideration by the Judicial Service Commission in terms of secffon 187 (3) of the Constitution. This again was before the judgment in respect of Honourable Job Sikhala’s bail application had been made.
(iv On 15 September 2020 the JSC resolved that the judge must be made to comment on these allegations.

• On 17 September 2020 the Honourable Judge’s legal practitioners wrote to JSC requesting to be given more time to respond to the allegations. which time was granted.

• The Court’s decision on Honourable Job Sikhala’s boil application was only handed down on 22 September 2020, eleven months after the allegations against the judge hod arisen and six months otter formal investigations had commenced.

• The synopsis of events given above shows that there is no connection between the two decisions by the JSC and that of the judge in Honourable Sikhala’s matter.

• The Judicial Service Commission respects and indeed makes every effort to protect the independence of the Judicial, This is ci constitution., imperative which we will always adhere to. 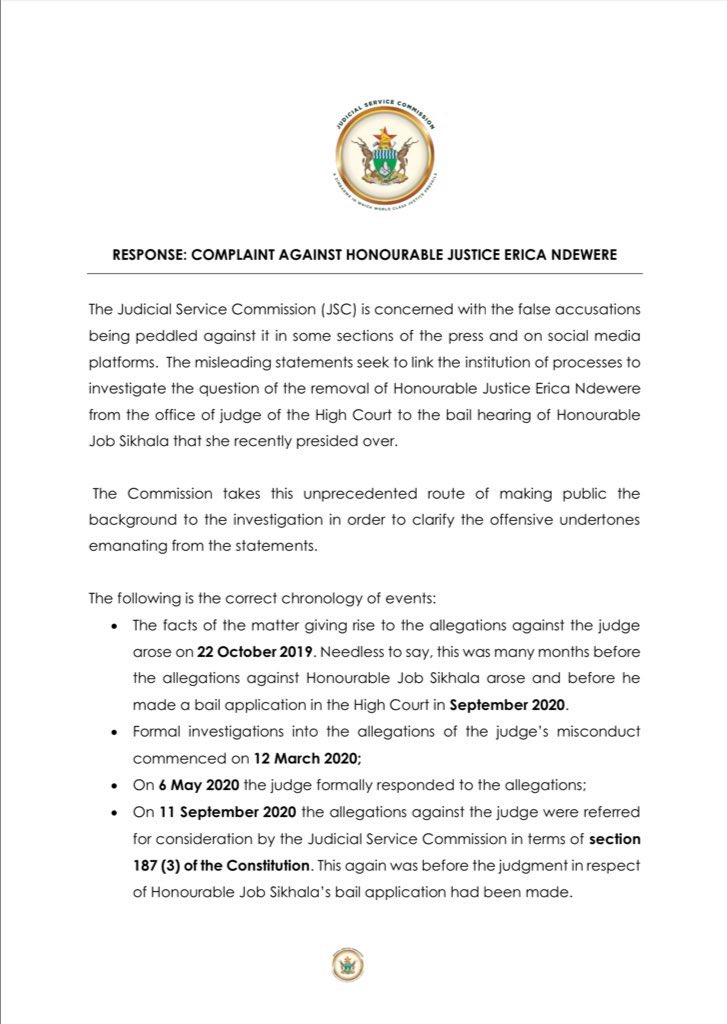 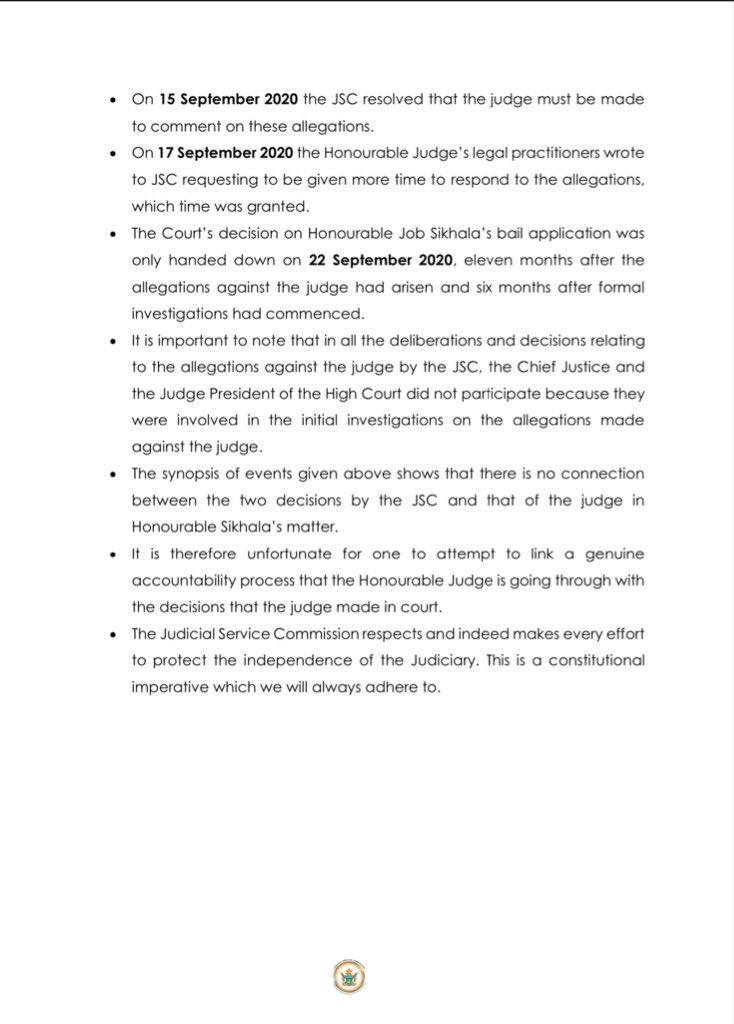