Budget Airline Fastjet has announced that it is reintroducing the Harare Johannesburg route, and it will have daily flights between Zimbabwe and South Africa.

This was contained in a Facebook advert by the airline that was seen by Pindula which also announced a very lucrative special that will see passengers paying R1869 for a one-way trip from Joburg to Harare.

The budget airline posted the following poster on Facebook: 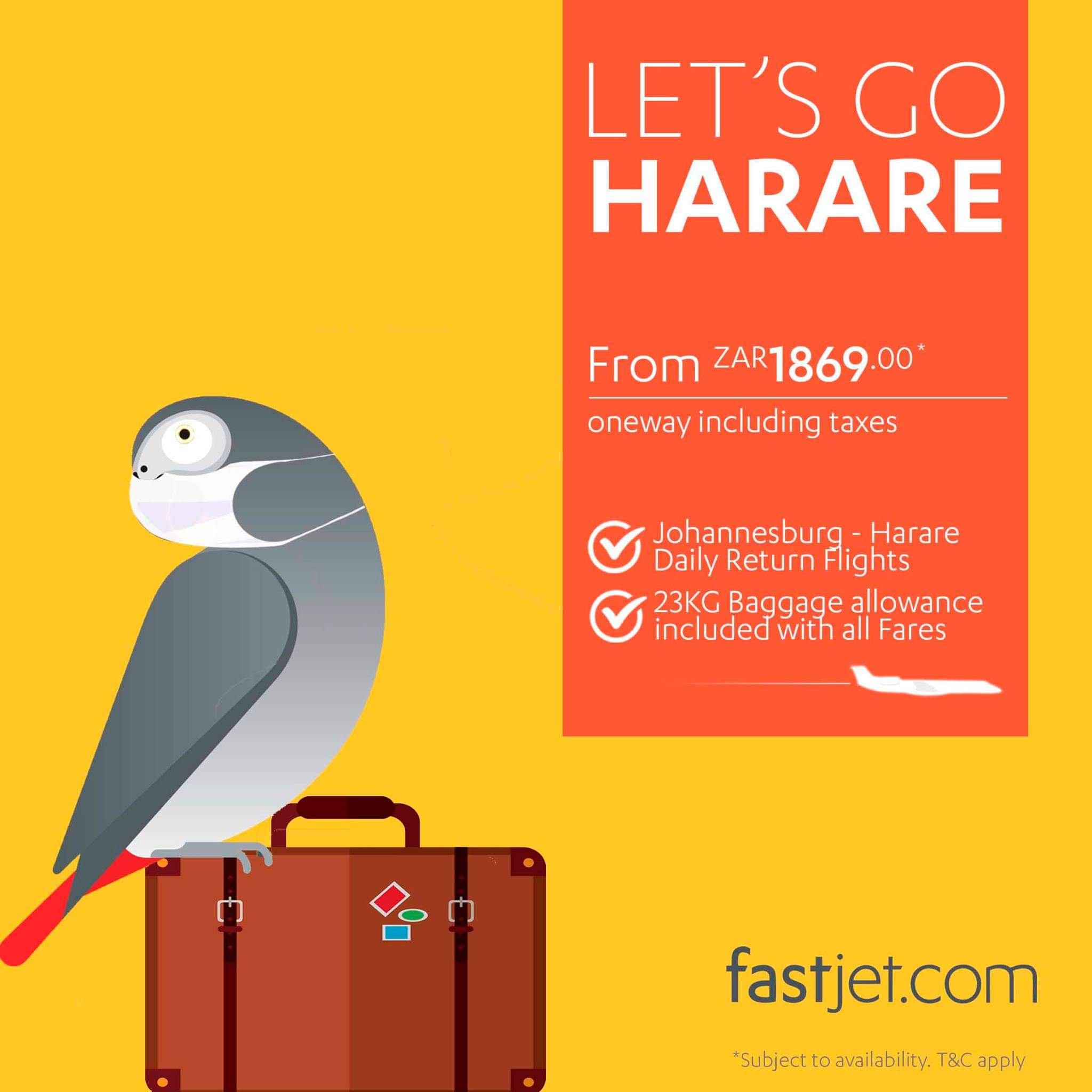 Fastjet also said they will increase their flights between Harare and Victoria Falls due to increased demand.