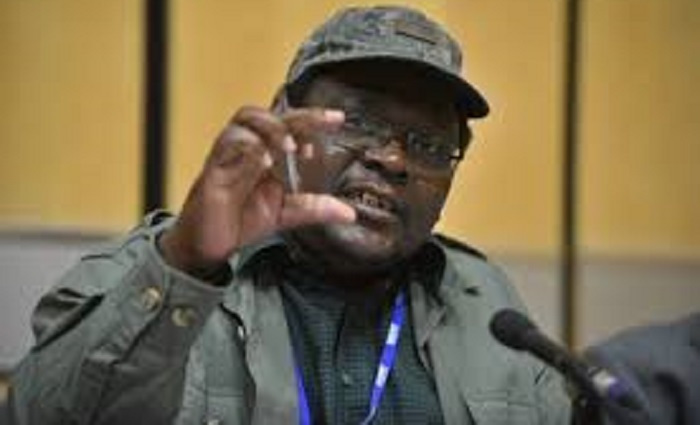 Dr Takavafira Zhou, the President of the Progressive Teachers Union (PTUZ) has said the incapacitation of teachers is greater than any threat. This comes as ambassador Cain Mathema, the minister of Primary and Secondary Education has threatened to replace striking teachers. Teachers have been on industrial action since the reopening of schools on 28 September. We present Zhou’s statement in full below.

Gvt officials have responded to teachers’ incapacitation by threats, firstly expressing that they would replace incapacitated teachers with 10000 lumpen teachers, the number escalated to 25000. Recently, overzealous gvt officials threatened to employ the ‘No Work no Pay Principle’ which again will not work. Others are even threatening the ceasation of salary after 14 working days, which again is inapplicable.

It is noteworthy that a salary ceasation is processed by a school head over a teacher whose whereabouts is not known. In our case teachers’ whereabouts are known as we have notified both the employer and line ministry of teachers’ incapacitation. The principle of ‘no work no pay’ does not apply over incapacitated teachers as the law can never be abused where an employer cripples the ability of a worker to report for work in order to deny him/her a salary. That principle can only be applied where workers are reasonably paid.

We challenge anyone who doubts the incapacitation of a teacher to get the teacher’s salary, pay rent for a three bedroomed house (family of six), buy food for such a family that can last a month, pay water, medical and electricity bills, pay fees for two students in secondary school and two in primary school etc. If that money can do this then teachers are capacitated, but if it cannot the teachers are incapacitated. In short no amount of threats of dismissal can capacitate an incapacitated teacher to report for work.

To our students the time to confront gvt to amplify your teachers’ voices is now. Students in South Africa did it in Soweto in the 1970s and have gone down in the annuals of history for fighting for their educational rights. You can also do it in Zimbabwe or else this year will be a wasted year for you.

To parents stop sending your children to school until teachers are capacitated. To be forewarned is to be forearmed as children engage in moral decay and social decadence in the absence of teachers. Schools are institutions of learning and teaching, yet they are fast becoming institutions of drug abuse, myriads sexual experimentation and misdemeanours.

To gvt capacitate teachers so that they can report for work. Prioritise the health and safety of teachers and pupils. Stop forthwith berating teachers with dismissal and call for meaningful dialogue with teacher union leaders, logical disputation and clear presentation of facts. We certainly do not salivate at a dialogue of a master and servant, horse and rider or senior and junior, but dialogue of equal partners punctuated by truth and honesty as opposed to deceit. Neither would we accept begging and romance under archaic, obsolete and moribund Apex Council.

To school heads you are just as incapacitated as other teachers. You have nothing to show for managing schools except poverty and misery as all other teachers. Close the schools and go home until you are capacitated.

To teachers we dont harvest money in a field and neither are we magicians who can multiply the starvation wages we earn to capacitate ourselves. Lets mantain our incapacitation modus operandi until we are capacitated. Lets explain to our students and communities that we have nothing against them, but we are fighting an issue of fair labour practice, no more no less. We love them but we cannot miraculously get to our schools because we are grossly incapacitated. Neither are we witches who could travel at night using unconventional methods. This is the message we must amplify loud and clear and without fear or davour. Our condition can never be changed by any threat as it is real and need redress as a matter of urgency.

Our decisive phase of incapacitation must see the convergence of voices of teachers, students, parents and gvt officials in an attempt to find a pragmatic and realistic way forward. Even if the gvt can borrow money from Satan in order to pay teachers, so be it. The discrepancies between teachers and other gvt workers’ salaries baffle logic and common sense. Without redress of the parlous state of teachers, the only way forward for incapacitated teachers is going forward in the incapacitation modus operandi. As teachers we have no reason to lie except highlighting the truth that our welfare, health and safety matter. There will be no retreat no surrender over issues of life and dealth, let alone protecting a veritable future for both teachers and our students.

One Comment on “Teachers’ Incapacitation Greater Than Any Threat – PTUZ President”