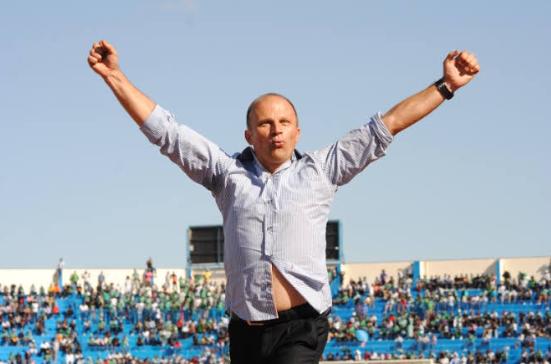 Hope Chizuzu using his Facebook page has made sensational claims that a frustrated Zdravko Logarusic on Tuesday wrote and was planning to tend in his resignation before he was begged by one Wilson Mutekede to stay.

Chizuzu said in the resignation letter penned by Logarusic, the gaffer had complained he could not do his job if he is not given the players he wanted.

In the resignation letter in question, according to Chizuzu, Loga reportedly said:

there is no point in me continuing in the post if the players that I need for preparations cannot be availed on time, yet there are people who should be doing the job. My communication with both the technical director and CEO were very clear on who we wanted for specific matches and the reasons for that.

Why should I then pitch up here and the players are not available for duty. Who gets the blame? I need the public to know am committed to my duty but s ome people are not doing their work. I am paid to coach not sit and am not happy earning without working.

However, one Wilson Mutekede reportedly begged Loga to stay and said more people could lose their jobs if he resigns. Chizuzu further made the following claims and said Loga had made the following demands and they were not being met by the Football Association:

The coach had called foreign based players because he simply wanted an opportunity to assess and plan for the back to back matches against African champions.

He also wanted the team manager appointed as soon as possible to expedite the logistics but that also hit a huge snag after information leaked they intended to offer Tafadzwa Bhasera the job, despite the obvious inability of the candidate to handle the portfolio.

Logarusic has said he will prefer foreign-based players who are actively playing for other teams as opposed to local-based players who were last on the soccer field 11 months ago, as he prepares for the AFCON qualifiers against Algeria slated for next month.