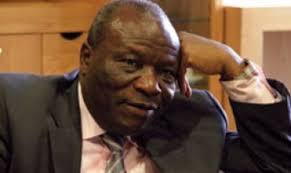 Former cabinet minister Nicholas Goche who was arrested for allegedly stealing 18 cattle was yesterday released on $50 000 bail by Bindura Magistrate, New Zimbabwe reports. Goche was ordered to surrender his passport, continue residing at his given address, report at the nearest police station every Friday and to not interfere with state witnesses as part of his bail conditions.

According to the publication, Goche, whose lawyers claim the matter is rather civil than criminal is alleged to have sold the cattle he had sold to another buyer when the first buyer delayed collecting them:

It is alleged that on 13 November 2018, Goche sold 40 beasts to Mupanedengu and the payment for the cattle was made through a bank transfer into a CABS account number 1036879593. Mupanedengu collected only 22 heifers out of the 40, leaving behind 18 beasts.

Sometime in 2019, Goche is said to have disposed of the 18 heifers without the complainant’s knowledge, the court heard.

Mupanedengu approached Goche on several occasions to collect his 18 beasts but was dismissed and further told the animals had already been sold.

However, exiled former cabinet minister Jonathan Moyo said Goche is being prosecuted because President Mnangagwa has a score to settle with him, Tweeted Moyo:

What? Something fishy. It is an open secret in Zanu PF corridors that Mnangagwa has unfinished business with Goche. Details of the case would be interesting to unpack