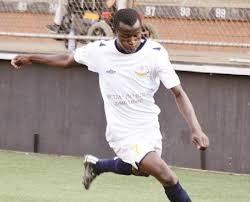 Makanda’s contract expired in June and the Bulawayo giants were yet to renew his contract even though they continued to pay his salary before he was snatched by the Glamour boys.

Tinashe Makanda took to social media to share his excitement and said dreams come true which did not sit well with some Bosso fans who said his dream was to play for Dynamos even though he was a Highlanders player.

Highlanders had a player whose dream was to play for Dynamos and banengi futhi. Dynamos normally has 99 percent players who support Dynamos while Highlanders kuthiwa yiteam yezwe lonke; it even uses players who ask about Dynamos scores at halftime,

However, some people who commented on the post said loyalty doesn’t pay rent and Dynamos has a sponsor while Highlanders is still looking for a sponsor. Highlanders has lost 2 players so far since Prince Dube joined Tanzania’s Azam FC. Meanwhile unconfirmed reports claim that Peter Muduhwa’s contract is up and he might be on his way to join FC Platnum after failing to go to Sudan.