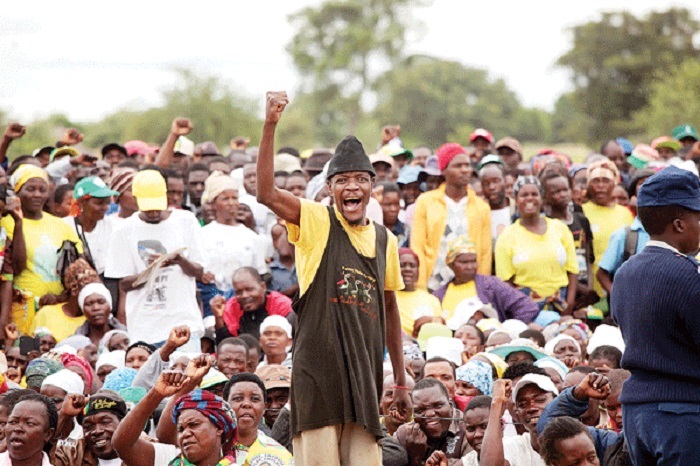 Zanu PF primary by-elections in Kwekwe yesterday reportedly went terribly wrong after it emerged that ZRP officers had to fire warning shots after being called to the scene after violent clashes occurred at the primary elections, New Zimbabwe reports.

Party supporters backing Energy Ncube who is state minister Owen Mudha Ncube’s nephew reportedly clashed with a group affiliated to Zanu PF 2018 Kwekwe Central losing parliamentary candidate, Kandross Mugabe and ZRP officers had to be called to diffuse the tension at the meeting.

According to the publication sources said while Owen Ncube is backing his Nephew while Zanu PF Political Commissar Victor Matemadanda is backing Mugabe.

A source that spoke about the clashes at the Zanu PF Primary by-elections said:

The bone of contention arose from the use of the voters’ roll. While Mugabe’s camp was in support of using ZEC’s voters roll, Ncube’s faction was against that as most of his supporters were not on the ZEC roll. Instead, they wanted to use the cell-based voting.

The parliamentary seat that is at the center of the conflict fell vacant after the death of the only National Patriotic Front MP Masango Matambanadzo in July this year.

Meanwhile, tensions are reportedly rising again in the party’s DCC polls as reports of some party members receiving money to influence the outcome of the DCC elections from G40 members are circulating.