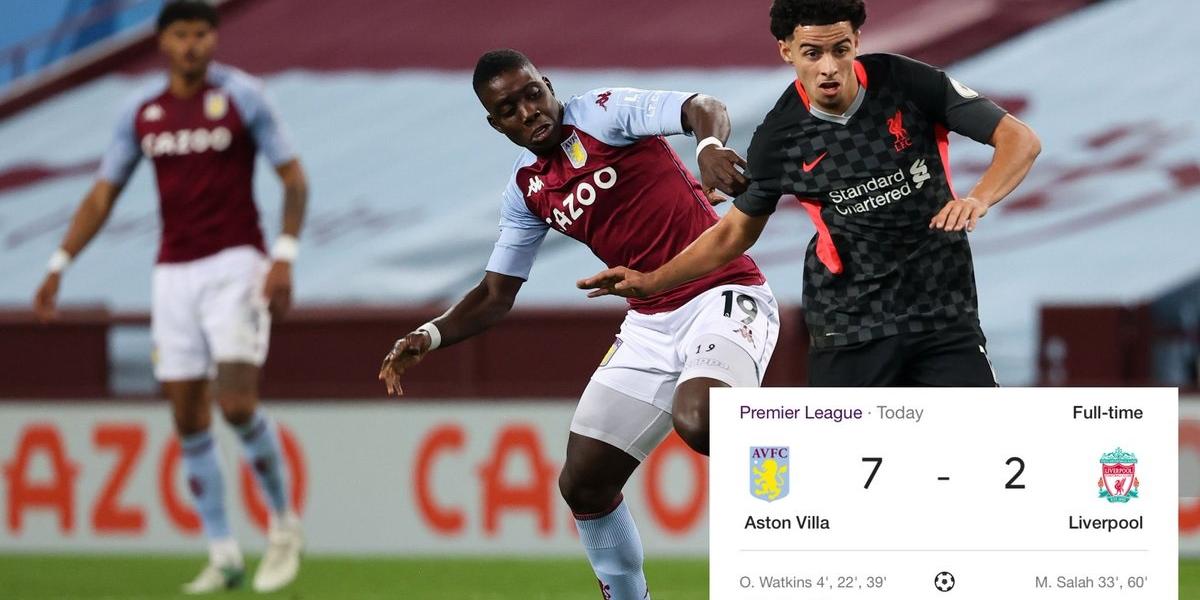 The majority of “big” teams in the English Premier League had shocking results over the weekend as they drew with or lost to “underdogs.”

Manchester City were the first to have a shocking result on Saturday after they drew 1-1 with Leeds who were promoted this season from the English Championship.

Reigning champions, Liverpool also recorded their first defeat of the season after losing 7-2 to determined Aston Villa who now have three consecutive wins.

Liverpool have had a perfect start to the season after they won all their first three matches.

The 2020/21 season is so far very unpredictable as teams previously viewed as underdogs are winning against teams perceived as EPL giants.

Some football pundits attribute the shocking results to fatigue of players in big teams as they participated in many competitions including the UEFA Nations Cup, UEFA Champions League, Europa and domestic league when football resumed.

Below are  some of the Weekend results: