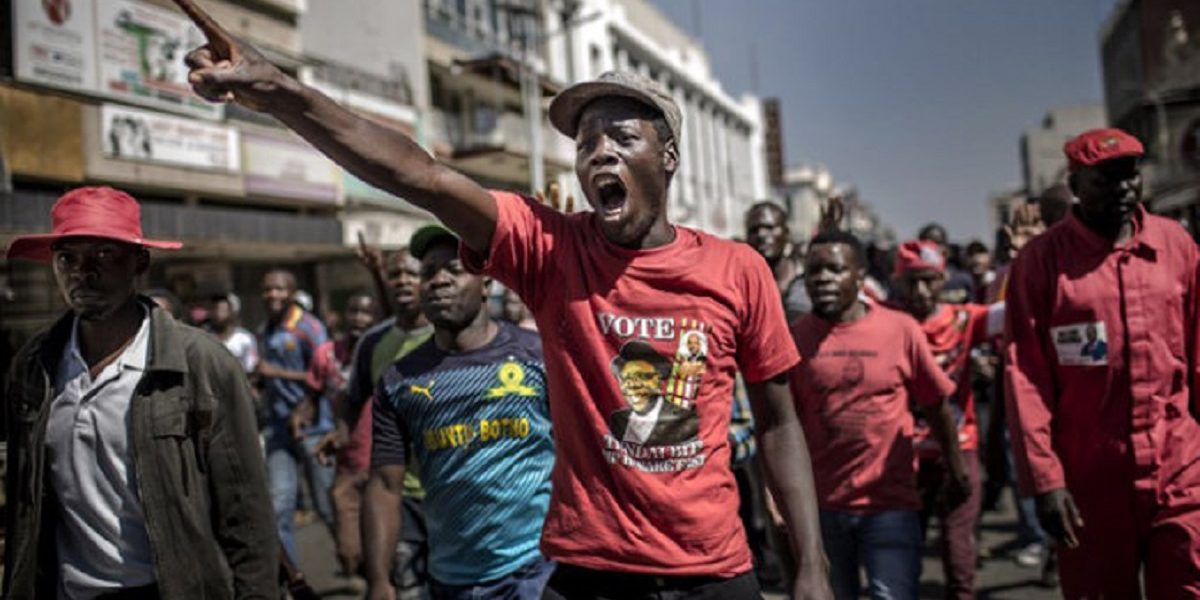 MDC-T youths have said they are determined to flash out “ZANU PF” elements from MDC as they were the ones blocking the reunification of MDC-T and MDC Alliance leadership.

The youths, led by Paul Gorekore, Harare Province Chairperson according to the 2014 MDC structures facilitated the seizure of Harvest House from the MDC-T led by Thokozani Khupe as a strategy to get MDC Alliance and MDC-T leadership to the table.

MDC-T 2014 national youth secretary Happymore Chidziva, told New Zimbabwe that the youths were fed up by divisions in the MDC. He said:

We realised we could not continue acting dumb and deaf while the party was slowly disintegrating hence the decision to cast away our differences and unite to defend our party as per founding president Morgan Tsvangirai’s advice.

The youths just want to see the party returning to its founding principles and values, with all Zanu PF elements flushed out. People should actually not fear anything, we are not going to be violent on anyone be it the public of internally.

The decision to sleep inside Harvest House to stop unprogressive elements who want to fight unification of our party, people who do not want to see a strong opposition in this country.

They speak when tensions between the MDC-T and MDC Alliance leadership has been growing since the March Supreme Court ruling on the party’s leadership crisis.

MDC Alliance which is led by Nelson Chamisa claims that the Khupe-led outfit is being used by the ruling ZANU PF.

On the other hand, Chamisa is being accused of unconstitutionally taking power from Khupe.