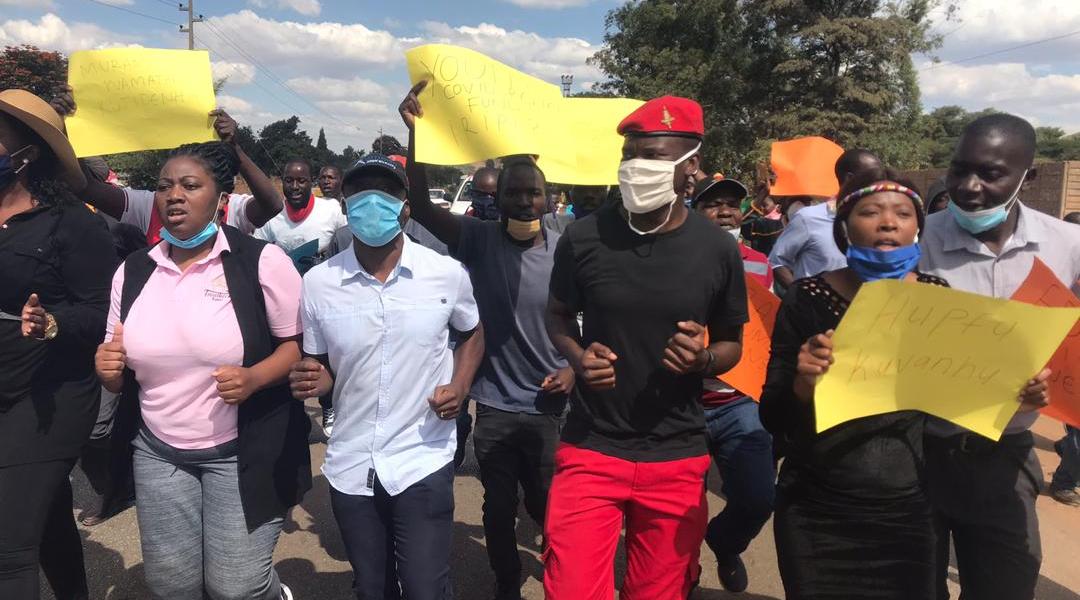 MDC Alliance Youths at a Demo in Harare

According to The Herald, some MDC Alliance Youths were in court on Saturday for public violence after the reportedly took place in the Harvest House takeover that headlined last week.

The state is alleging that the gang on Friday last week stormed Harvest House reportedly accompanied by some party executive members and harassed MDC T workers.

According to the MDC T’s Farai Nyandoro:

These youths from MDC-A came here to disturb our peace by trying to evict our party officials manning the offices, but we resisted. Instead, they were arrested for violence.

The rowdy MDC-A members were back again at the offices on their way from court and again forcibly entered the offices in clear provocation to the MDC-T officials who, however, remained calm.

The gang reportedly appeared before Harare Magistrate Ms. Sharon Mashavire remanded them out of custody to October 15 on $500 bail each.

Last week some MDC T Youths took over the party headquarters and they reportedly wanted to hand them over to MDC Alliance as they said their party was infiltrated by the ruling party:

We have been concerned by recent developments where the party (MDC-T) has been infiltrated by some ZANU PF elements battling to destroy the people’s movement thereby aiding the suffering of the masses.