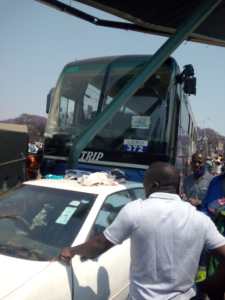 A ZUPCO bus belonging to TripTrans, yesterday at Mupedzanhamo Market in Mbare veered off the road and reportedly hit vendors who were selling their wares by the roadside and 8 cars who were on the road at that time, ZW News reports.

It was reported that the bus was headed to the company’s garage for servicing when the incident occurred. 10 people were injured in the accident that occurred on Saturday morning and they were reportedly taken to Parirenyatwa Group of Hospitals for treatment.

No fatalities have been recorded so far and ZRP confirmed the incident to the publication. 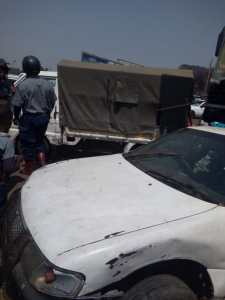 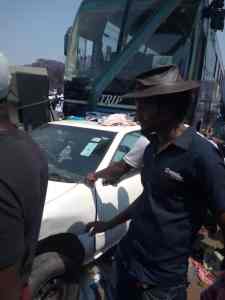 One Comment on “A ZUPCO Bus Veers Off The Road In Mbare, Hits Vendors And 8 Cars”