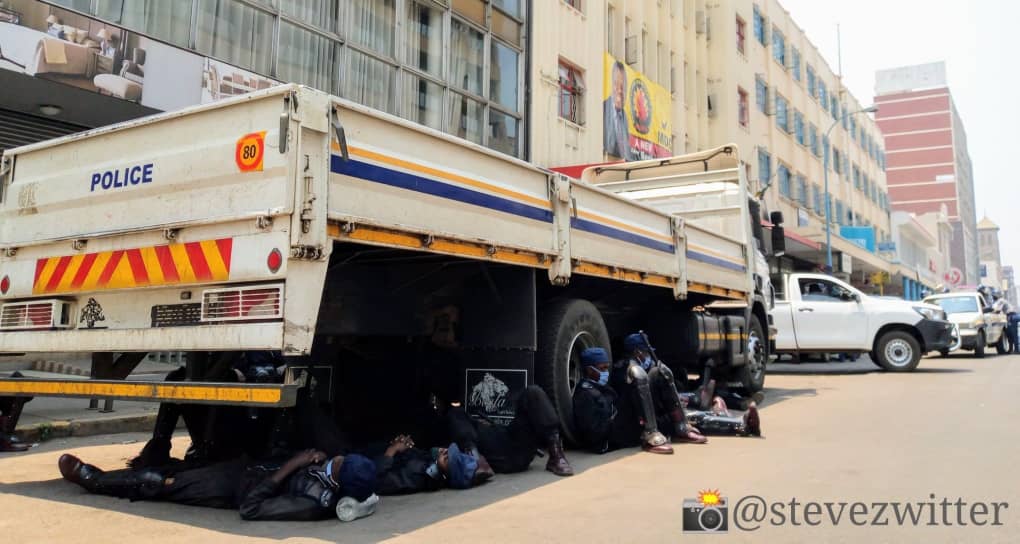 The youths, previously aligned to the judicially-reconstructed MDC-T, seized the building and demanded a restoration of constitutionalism in the party and accused MDC-T interim leader Thokozani Khupe and her colleagues of betraying party supporters by working with the ruling ZANU PF party.

In a statement on Monday, Bhebhe also called on anti-riot police to leave the entrance of the opposition headquarters and stop interfering with the party’s internal affairs. He said:

We note the position taken by the youth of the MDC in its collective sense. We note their concerns, in particular, the possible infiltration of the party with the intention of derailing its objectives.

They have expressed concern about the unilateral conduct and decision making of senior leaders without involving the organs of the party such as the National Executive and National Council.

Such unilateral decisions involve, among others, the recall of MPs and Councillors without the authority of the National Council and the purported preparation of the Extraordinary Congress without involving the National Council which is constitutionally mandated to supervise and direct this process.

Their (youths) demands are not unreasonable as they talk to the need for senior leaders to respect the organs of the party and its constitution.

In this respect, I am calling upon the Acting President, Acting Chairman and the Secretary-General to take the necessary steps to urgently convene the 2014 National Executive and National Council as it was composed on February 15 2014.

May I also urge State institutions such as the police not to interfere in the internal affairs of political parties.

In this regard, I ask that the Commissioner-General instructs the police to leave our premises.