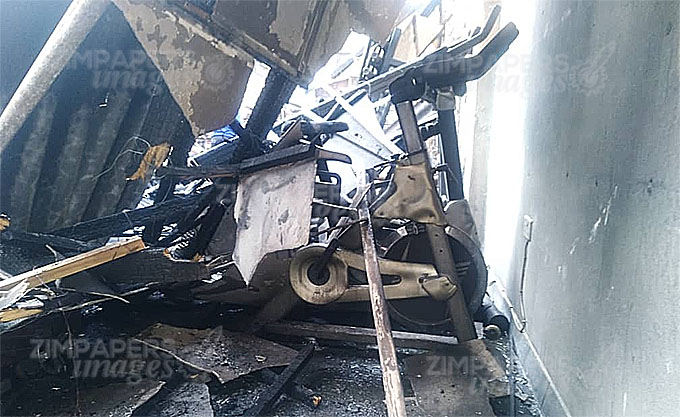 The shop owners suspect an electrical fault to have caused the fire.

Hempac Sports Equipment Shop situated at the corner of First Street and Speke Ave in central Harare was on Tuesday morning gutted by fire, with property worth thousands of dollars lots in the inferno.

The fire brigade could not save the shop and its goods from destruction but managed to prevent the fire from extending to other neighbouring shops.

While the cause of the fire could not immediately be ascertained, the shop manager Gracious Makurure suspected it could have been caused by an electrical fault. She said:

I was phoned sometime at around 6 am by a female workmate that she had been advised that the shop was burning.

When l rushed to the scene, l then saw the fire brigade team trying to extinguish the fire. Unfortunately, all the property was destroyed.

In January this year, a building at the corner of Robert Mugabe Way and Chinhoyi Street in Harare was gutted by fire and property worth millions of dollars was destroyed in the inferno.