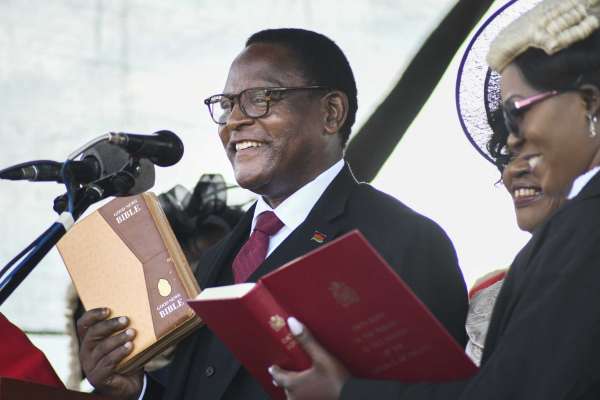 Lazarus Chakwera, the President of Malawi, is set for a two-day official visit to Zimbabwe at the end of this month.

In a statement, Malawi’s Ministry of Foreign Affairs said President Chakwera will be in Zimbabwe for two days from 30 September 2020. The Statement read:

The Ministry of Foreign Affairs wishes to inform members of the general public that His Excellency Dr Lazarus McCarthy Chakwera, President of the Republic of Malawi, will go on a two-day Official Visit to the Republic of Zimbabwe on 30th September 2020.

Chakwera was sworn in as the sixth president of Malawi on 28 June having obtained almost 59% of the vote.

He forged an alliance with Saulos Chilima to defeat incumbent president Peter Mutharika when the Court nullified the 2019 General elections due to massive irregularities.