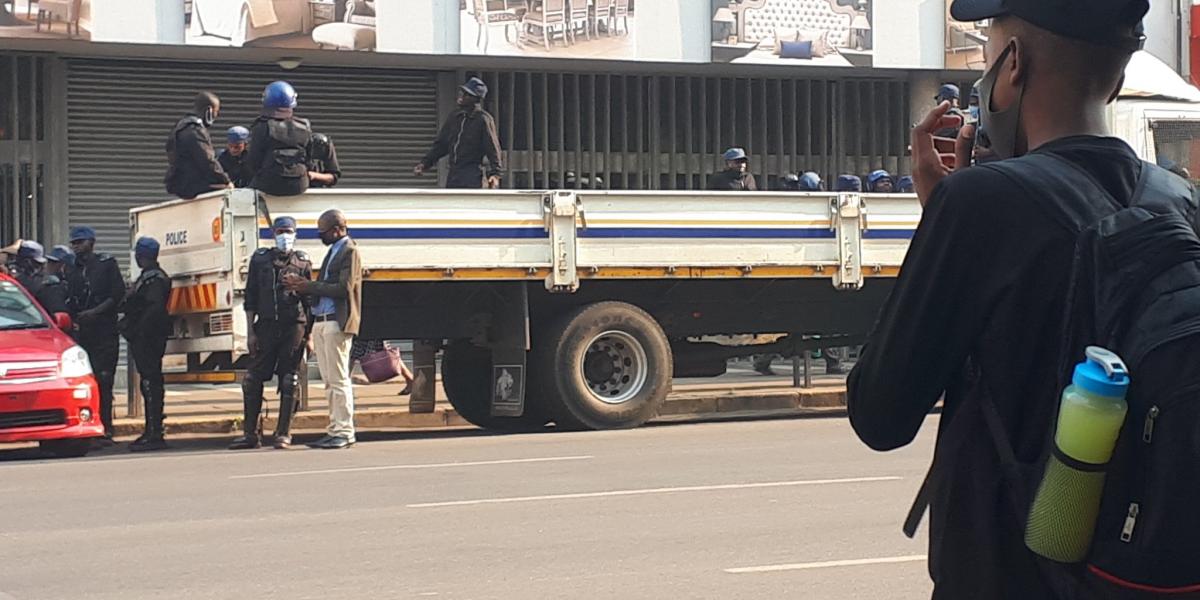 We the young people of the Movement for Democratic Change (Harare province) united together to finish the people’s democratic revolution.

As the first line of defence of the party, the vanguards of democracy and the custodians of the party and its future, we have assumed all security duties of the Party HQ MRT House.

This was necessitated by our realisation on the need to unite the people in the fight for a better Zimbabwe and defend the civilian space in the face of military state capture.

We as the youths of the party as per 2014 structures, we have decided to go beyond our differences and unite to resolve the current crisis.

We have been concerned by the recent developments where the party had been infiltrated and captured by ZANU-PF elements battling to destroy the People’s movement thereby aiding the suffering of the masses.

This act of bravery was necessitated by the need to protect our beloved movement and the Zimbabwean people’s fight for better lives.

As young people, we will remain guided by the organs of the party, in particular, the National Council as we re-establish the will of MDC leaders, members, supporters and Zimbabweans at large.

We have noted the attempt to surrender the Democratic project into the hands of the enemy.

Individuals have been making unconstitutional and illegal decisions without the mandate of the Zimbabwean voters, party organs from branches, wards, districts, provinces, the National Executive and National Council organs which have not met since the Supreme Court judgment.

The party has been infiltrated by sellouts with an agenda to derail our freedom.

It, therefore, follows that we act to unite our leadership, our support base and Zimbabweans at large and ensure the Vision of Dr Morgan Tsvangirai lives on across generations.

In this Democratic revolutionary spirit, we appeal to the National Youth Council and the National Women Council to converge respectively ahead of the main national executive and national council meetings at Harvest House.

We furthermore urge the Zimbabwe Republic Police to desist from interfering in MDC internal political affairs and immediately vacate our headquarters.

We also urge all youths to maintain discipline and peace as we await the party national executive and national council meeting to map the political way forward.

This is not a one-generation move movement. We will define, defend and secure our future.

For and on behalf of the MDC Youth Assembly (Harare Province)