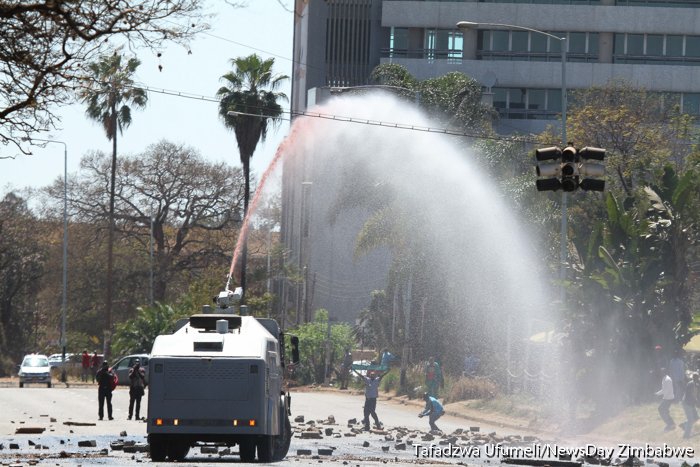 Zimbabwe has engaged the Israeli government for a possible deployment of security experts to Harare to train local forces in public order enforcement, among other security services as public anger grows over corruption, economic mismanagement and a crackdown on dissenting voices.

Since the November 2017 military coup, the government has increasingly resorted to the use of brute force to put down protests resulting in the deaths and maiming of civilians.

Government efforts to bring in Israeli security experts to train Zimbabwe’s military, police and intelligence on how to effectively contain civil disobedience was revealed by Zimbabwe’s honorary consul in Israel, Ronny Levvy Musan, during an interview with the Zimbabwe Independent from his base in Tel Aviv this week. He said:

Zimbabweans have a bit of a problem on human rights because of lack of training of security forces.

I am in touch with highly trained security professionals in Israel. We are working on plans to bring them. We will put our proposal to the Israeli security institutions.

For now, I cannot mention them (institutions) by name. But the Israeli defence force has many departments.

I spoke with His Excellency (Mnangagwa) about defence and we observed what we can do.

We need approval from Israeli institutions. There are security professionals I am in touch with.

I would like to bring them to Zimbabwe to train the police on how to control civilians.

Musan was appointed honorary consul in Israel by Mnangagwa in August as Harare sought to build cordial relations with the Jewish State.

Israel’s security forces are famous in the Middle East for the way the tiny country has managed to ward off an invasion from its hostile neighbours since 1948 when it came into existence.