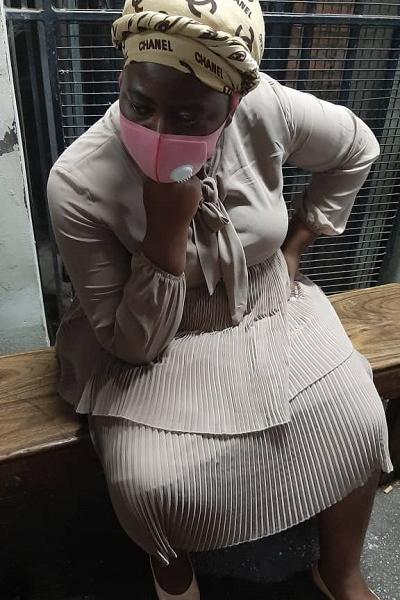 The jailing of MDC Alliance MP Joanna Mamombe on Wednesday at Harare Remand Prison by Harare magistrate Bianca Makwande so that her mental illness is evaluated has been described as simply cruel.

A mental health doctor, Denver Ncube, has explained how mental health can affect any person and the need to have empathy for mental patients rather than subjecting them to inhumane treatment. He wrote on Twitter:

At some point in my life, I did an attachment at Parirenyatwa Ward 12 or Annexe/Psychiatric Ward. It was a pivotal experience in my life and partly contributed to the career I have taken up in Neuroscience.

One of the most important lessons I got from my attachment was that mental illness is broad and can afflict anyone at any point in their lives. Some of our patients were influential and high ranking persons and some were just “ordinary” beings.

Seeing young and old people afflicted by various mental ailments, albeit some of them not of their own doing. Mental illness has multiple causes if you have noticed some people can abuse alcohol for years and yet some only do the same for a few weeks/months and they tip over.

I remember how hard it was to encourage patients to understand how some seemingly harmless behaviours could impact their mental health outcomes. Talking to patients daily was really touching, many would express how their illness had robbed them of friends and family.

The stigma around mental health in Zimbabwe is appalling, our people need a lot of help to understand that anyone can become afflicted. We all don’t know what life events could tip us over. This realization made me understand the need for empathy in such matters.

So when I hear that Joanna is afflicted by mental illness my first response is to trust the diagnosis of the doctor who made that conclusion. I have seen it first hand, people who are fully functional one day and patients the next. It is not a surprising phenomenon at all.

I know of patients who were teachers, some were officials in Government, yet on medication for various mental conditions, some were even doctors but they still needed that support from institutions. Mental illness isn’t any different from hypertension or diabetes.

That Joanna would be seen in a shop buying foodstuffs and alcohol is not anything to make noise about. Would it be surprising if Minister X was leading a meeting yet they have a mental health problem? If you are on effective medication you can function normally.

But like any condition you have good days/weeks and bad ones too. Persecuting someone because they differ with you on a political level yet there is evidence that they are unwell is just cruel. It is cruel to detain someone in a maximum-security prison so that u assess them.