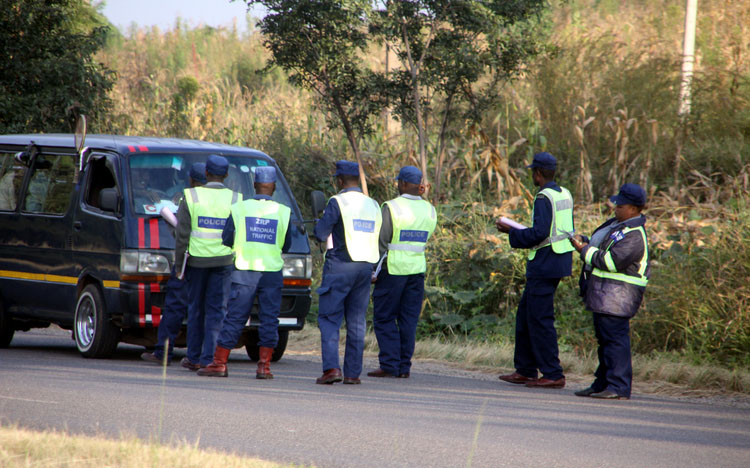 A kombi driver who fled from a security checkpoint near Juru Growth Point resulting in a high-speed chase with police early this week has been arrested.

Nyasha Sawada (28) was carrying passengers in a kombi en route to Harare in violation of lockdown regulations. He faces four charges after his attempted escape resulted in the shooting and killing of a passenger and critical injuries to another by police.

Below is the full text of a statement issued by police about the fateful incident, Sawada’s arrest and the charges he is facing:

The Zimbabwe Republic Police has arrested a suspect, Nyasha Sawada (28) in connection with the fatal incident where a person died and another is currently admitted at Parirenyatwa Hospital.

Nyasha Sawada was driving a Toyota Hiace Kombi with no registration number plates and carrying passengers to Harare when he diverted route and passed through Gletwin suburb.

He was denied entry at a boom gate by guards resulting in a scuffle. The guards were overpowered and they alerted the owner of the premises who then made a police report at a nearby checkpoint.

A high-speed chase ensued resulting in a shootout but the kombi driver did not stop despite the injury to some passengers.

On approaching Juru Growth Point, the driver drove into Dzvete dust road for about seven kilometres and dumped all passengers before speeding away.

One of the passengers, a female adult was pronounced dead on arrival at Musami Hospital.

The other passenger was quickly transferred to Parirenyatwa Hospital. The kombi driver is being charged for: –

The owner of the kombi will be questioned in order to establish why the kombi had no number plates and operating in contravention of national lockdown laws.

The Zimbabwe Republic Police is deeply saddened by this tragic incident and urges kombi owners to be exemplary and law-abiding citizens.

We implore them to inculcate good conduct in their drivers at all times.

The Zimbabwe Republic Police assures the public that full-scale investigations to look at the whole incident are in progress.