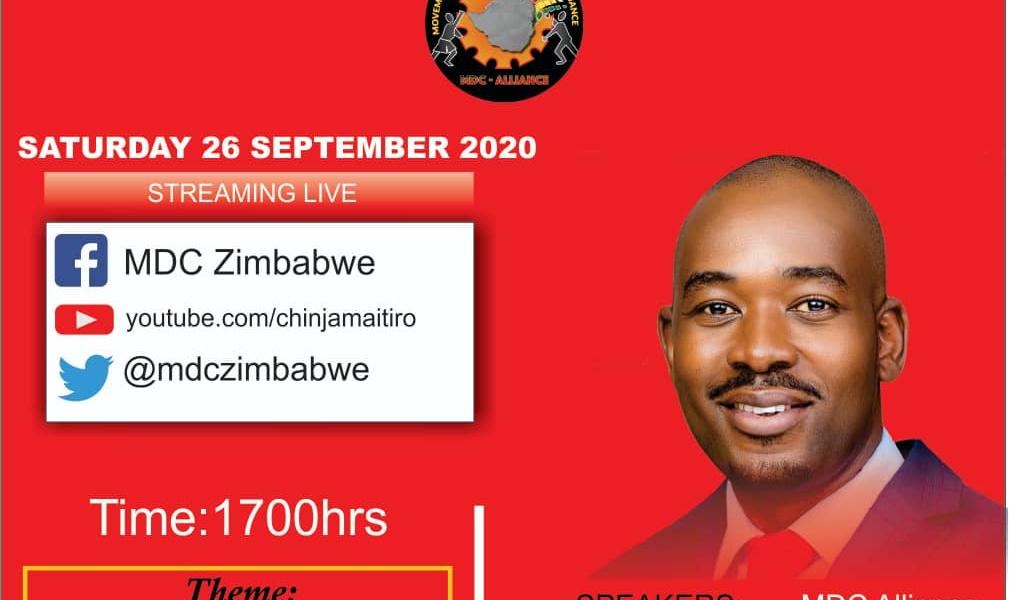 26 September The MDC Alliance will hold an e-rally

The MDC Alliance led by the firebrand politician Nelson Chamisa will on Saturday hold an electronic rally e-rally to commemorate The Movement for Democratic Change political party’s 21st anniversary.

This was revealed in a Tweet that was posted by the party that notified party supporters and other stakeholders that they will hold an e-rally in which party leaders will address millions of their supporters. The party said the e-rally will be held under the theme “Mobilizing and Fighting for a People’s Govt”.

On Saturday 26 September 2020, the MDC Alliance will host an E-rally to celebrate 21 years since our cause was founded. Tune in to all our platforms. This year’s theme is “Mobilizing and Fighting for a People’s Govt”. #ZimbabweanLivesMatter

Some party supporters are expecting that the MDC Alliance will announce that they have rebranded after Thokozani Khupe said their party is the real MDC Alliance and some party supporters are expecting the party leadership to announce a way forward in terms of confronting the government about many issues bedevilling the country.

The MDC Alliance has maintained they will not be changing their name since Khupe rebranded her party to MDC Alliance last Saturday.