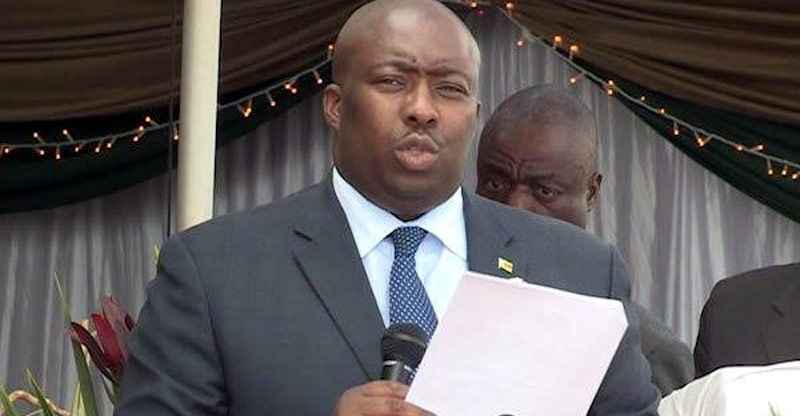 Saviour Kasukuwere who is in exile in South Africa has rebutted claims made by fellow former Cabinet Minister Patrick Chinamasa that he and other G40 members were reporting to Grace Mugabe on cabinet decisions. The former Zanu PF political commissar said this while speaking to CITE.org.

Chinamasa took a jab at Saviour Kasukuwere earlier this week and said Kasukuwere who he said was expelled from Zanu PF was hanging lowly on Grace Mugabe’s skirt taking advantage of Mugabe’s advanced age and reporting to Grace about cabinet decisions.

While responding to such allegations, Kasukuwere said:

A contest of ideas cannot be substituted by use of tanks and guns. As a political player then, I don’t think differences warranted that kind of intervention whatever people say. But I guess they became a way for those who were in a haste and wanted power to magnify the challenges. One of the challenges spoken about during the coup was there were criminals around Mugabe who had stolen a lot of money. We are yet to see what was stolen

They said the first lady then had assumed political authority which was far from it and that she was making government decisions. From what I remember, what I know is decisions were made in the cabinet. Contestations of ideas were made in the politburo, people would discuss and if you had a better idea, viewpoint it would carry the day

Kasukuwere also said Mugabe had wanted a successor to come from the people before the army toppled him in November 2017:

In my discussions with him (Mugabe), when we went to Mexico, Mugabe had given me key instructions as political commissar that we must start a process of identifying a leader who will take over. This was a process where people must make a choice.

Mugabe was on record saying that the leader must not come from him, but must come from the people. But certainly there were preferences, people might have chosen one person over the other but those were personal preferences. For me I come back to the integrity of the system, we must come back to the democratic system that yields leadership through direct participation of members of the party.

Kasukuwere is one of the exiled politicians the government wants to extradited back to Zimbabwe to stand trial for their alleged abuse of office charges.