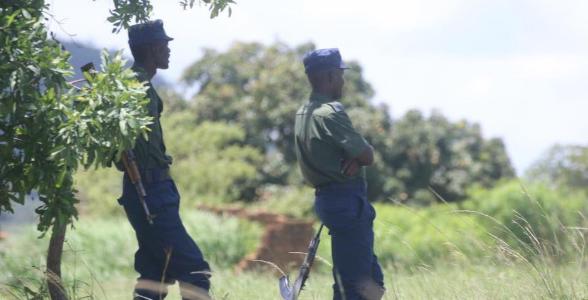 The incident was confirmed by ZRP National Police Spokesperson Paul Nyathi who said:

The ZRP is deeply saddened by the death of a woman and another passenger who were on board following the unfortunate shooting incident which happened this afternoon along the Mutoko-Nyamapanda Road. There was a kombi, which was travelling along the road going to Bhora with passengers on board. It then diverted route in an attempt to evade the tollgate by going through Glenwin suburb,

Assistant Commissioner Nyathi said the incident occurred after ZRP was called to a residential property after the guards manning the property had a misunderstanding with the driver of the kombi.:

The commuter omnibus reached a boom-gate at one of homes in the suburb, which was being manned by security guards, and the crew had an altercation with the guard, who then informed their employer.The owner of the house who installed a boom-gate in front of his house called police who reacted swiftly.

Upon seeing the police, the kombi crew sped off with passengers on board resulting in a high speed chase towards the tollgate. Upon arrival at the tollgate, the driver of the kombi hit the boom-gate and did not stop. Along the way, police fired shots which unfortunately hit some passengers

upon reaching Juru Growth Point the kombi driver turned into a road leading to Shamva and then dumped the passengers including the woman who died and the other injured passenger. Commuter omnibus crew especially the drivers should abide by the law, the behaviour of some of them is deplorable

Meanwhile, ZRP officers in Bulawayo sometime in May also shot at a fleeing vehicle and killed Paul Mukanopa who was driving the car.