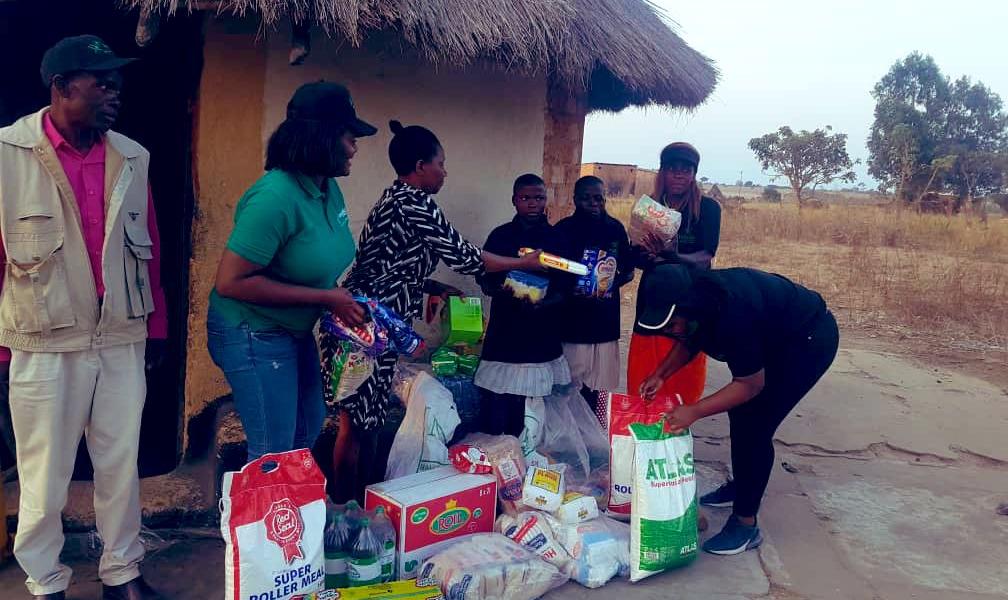 Impala Car Rental (Impala) has, through the Albert Dondo Foundation, donated money and groceries for the upkeep and medical requirements of a 12-year-old Mt Darwin minor, Sharon Chirata who was burnt in an inferno in 2013 [NewZimbabwe.com]

Controversial car hire company, Impala Car Rental (Impala), through the Albert Dondo Foundation, donated money and groceries to the family of a 12-year-old Mt Darwin minor who was seriously injured in a fire in 2013.

The money was to cater for Sharon Chirata’s medical requirements as she needs to go undergo corrective surgery for the injuries she sustained in the fire.

We were touched by the plight of these two sisters and as an organisation, we said we would assist them on medical bills and today we brought some groceries for them.

Impala has been in the news in the past few weeks after it emerged that one of its cars was used in the abduction of Tawanda Muchehiwa, a university student, in Bulawayo on July 30.

Human Rights lawyer Douglas Coltart challenged the company to stop its alleged public relations stunts and hand over information about Muchehiwa’s abduction as per a court order. He posted on Twitter:

Instead of these patronizing PR stunts, [Impala] should simply COMPLY WITH THE COURT ORDER and hand over the information about [Tawanda Muchehiwa’s] abduction.

No one is fooled by their pathetic excuses for failing to do so or these attempts to sanitize their name.

Muchehiwa was abducted in broad daylight by unknown gunmen who went on to torture him severely for three days before dumping him near his home.