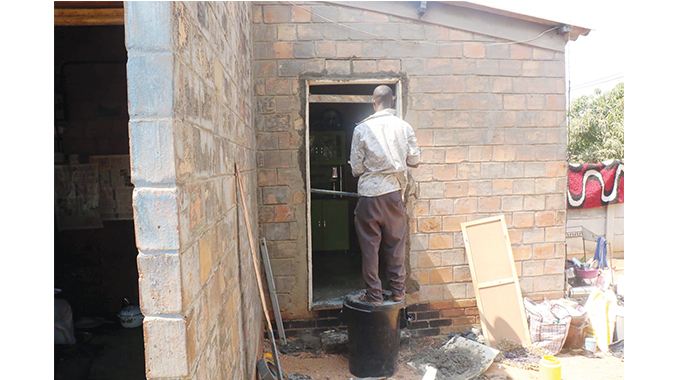 Three houses in Emakhandeni suburb, Bulawayo were raided by a group of armed robbers who left some of their victims injured.

The robberies occurred around 2 am on Sunday and the robbers were armed with machetes, catapults and axes.

Reports indicate that they targeted residents who sell some wares and chickens in forex. They went away with at least US$600, R350, mobile phones and other valuables.

The robbers reportedly wore masks and jackets with hoodies to disguise their identities.

One of the victims, Prince Hlongwane, told the Chronicle that the men demanded money from residents and threatened to chop into pieces those who resisted. He said:

They simply demanded that we give them money and threatened to chop us into pieces if we resisted. We tried fighting them and said we had no money and one of them raised his machete and almost struck my friend on her head as he missed and injured her arm.

The robbers also attacked neighbours who attempted to come out of their homes to assist those who were being robbed. One of the victims said:

Some of our neighbours tried rescuing us but the team which was outside would throw stones into any window where they saw that the light had been switched on.

We still do not know how they knew we had money and unfortunately, we did not recognise any of the persons.

The victimsa said police came at around 4 AM long after the robbers had left the neighbourhood.