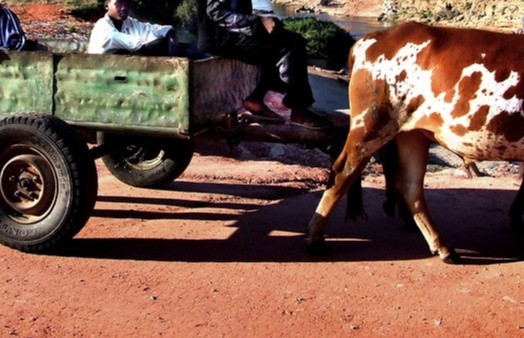 A 15-year-old girl and a 40-year-old man died after being involved in scotch cart accidents in separate incidents in Manicaland Province.

Both incidents were confirmed by Manicaland police spokesperson Inspector Tavhiringwa Kakohwa in an interview with NewZimbabwe.com.

In the first incident, Farai Njangu (15) of Village 5B Nyadzonya in Nyazura was in the company of her uncle Ishamael Mavhuna (34), collecting tobacco bailing box around 10 am. Said Kakohwa:

Along the way, the scotch cart moved off the road and hit the anthill and overturned hitting Njangu on the head. She sustained some head injuries and died on the spot.

In the second incident, Albert Matiza (40) of plot 342 was in the company of a male juvenile aged 15 when the incident happened around 1830 hrs.

Police said Matiza was going to his tobacco field with no one controlling the oxen when the scotch cart ran over a boulder which was in the middle of the road and overturned once before crushing the deceased’s head. Said Insp. Kakohwa:

The deceased sustained several injuries and died on the spot. The juvenile escaped unhurt. He rushed and informed the deceased’s father Honest Matiza, 58, who reported the matter at Odzi police station.