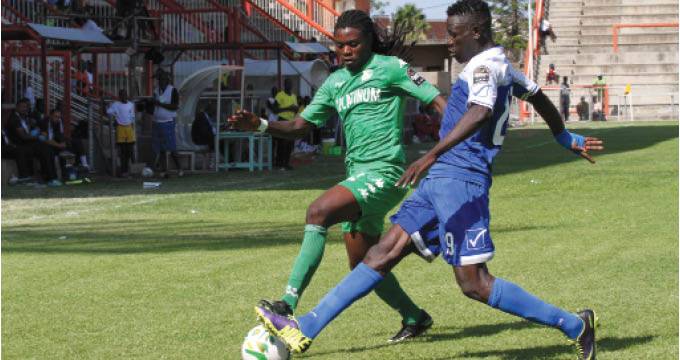 Two FC Platinum players, Last Jesi and Silas Songani on Thursday left Zimbabwe for Sudan ahead of their transfers to Al Hilal.

The duo departed the Robert Mugabe International Airport in Harare in the company of their agent George Deda as well as former Zimbabwe international Edward Sadomba, an ex Al Hilal player.

Jesi on loan at FC Platinum from Manica Diamonds since the start has signed a three-year deal with Al Hilal while the length of Songani’s contract has not been disclosed.

FC Platinum media liaison officer Chido Chizondo said Songani had been invited to Sudan for medicals and the reigning PSL champions and the Sudanese club will engage in talks about Songani’s transfer once the player passes the medical assessment.

Songani only played one competitive match for FC Platinum when he scored twice in a 2-0 win over Highlanders in the Castle Challenge Cup at Barbourfields Stadium in March.

It was Songani’s first match in Zimbabwe since he left the country in 2014 for Denmark.