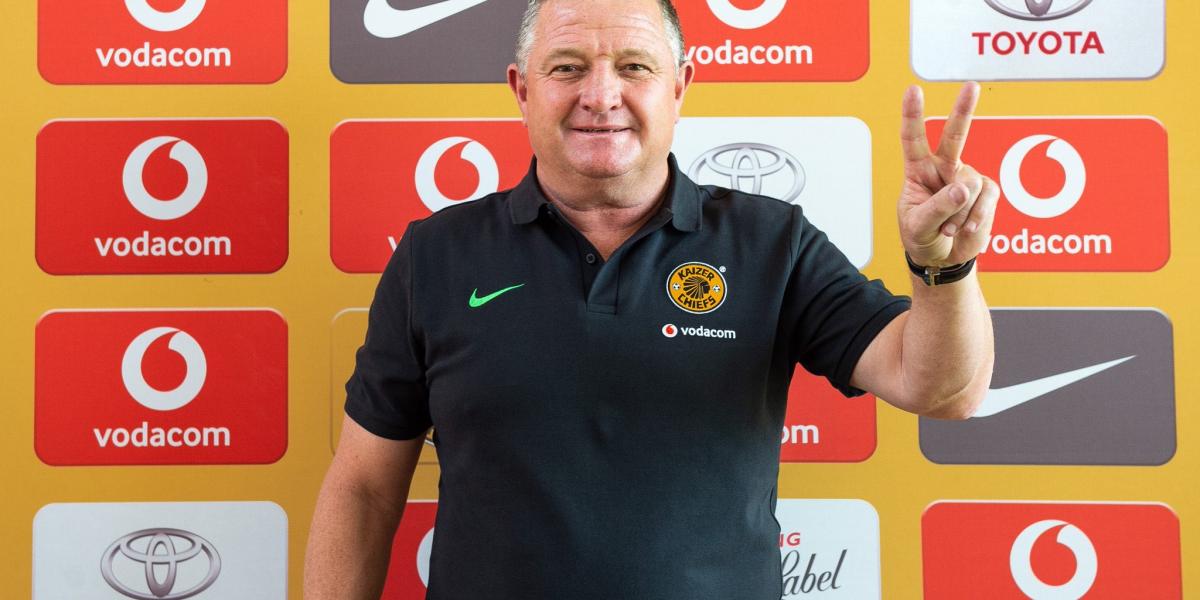 Gavin Hunt has been appointed as the new head coach of South African club Kaizer Chiefs, the club announced on Thursday.

The Cape Town-born mentor will start his job immediately and his contract will see him take charge of Amakhosi’s first team for the next three seasons. Chairman Kaizer Motaung said:

We looked at our situation and our needs before deciding on Gavin. He brings with him an abundance of experience, having coached about fives teams in the Premiership. There is success wherever he has coached.

Given that the Covid-19 epidemic has forced us to finish the season in the bio-bubble and that the squad will only rest for two weeks before the players return for pre-season, we needed a coach who understands the local market and conditions.

We believe that with Hunt we have brought in a person with the right experience and energy to do just that.

Having won the league on four occasions and qualifying for the CAF Champions League, Hunt comes with the necessary experience that will be required as Amakhosi will participate in the African club competition in the new season after finishing second in the domestic league. Added Motaung:

Playing on the continent is key for us as we haven’t done as well as we should have. We have players who have participated in the competition and this experience should certainly be to our advantage.

The other thing I have always emphasised is the need for coaches to equip themselves with the requisite knowledge. The game has changed and become much more scientific.

We know Gavin always endeavours to learn more about the game by attending courses both locally and overseas.

This knowledge will come in handy to guide our team. We are looking forward to him sharing his experience with the team.

The announcement of the new assistant coach will be made in due course.

Hunt will meet the team for the first time next week when the squad returns to training in preparation of the 2020/21 season.