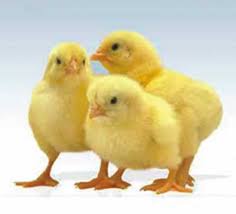 Livestock and Meat Advisory Council (LMAC) has said the demand for day-old chicks has surged in the recent months which has prompted LMAC to lobby for the importation of hatching eggs to boost supply before the onset of the festive season, Chronicle reports

While requesting the government to temporarily lift the import duty on fertilised eggs, LMAC said:

As a result of the impact of prevailing macro-economic conditions and Covid-19 response measures, demand for day-old chicks declined significantly and production dropped by 28 percent between the first and second quarters of 2020

As the poultry business opens up again, the demand is steadily increasing. The import of hatching eggs is, therefore, necessary to alleviate the short supply and ensure availability of day-old chicks going into the festive season, where demand is usually the highest

LMAC also gave the following statistics about egg production in the country according to the publication:

A total of 74-million-day-old broiler chicks were produced last year reflecting, a 19 percent decline from the 91 million chicks produced in 2018. There was an estimated 24 percent increase in table egg production recorded in 2019 (50,4 million dozen) compared to 36,4 million dozen the previous year Broiler day-old chick production averaged 6,2 million chicks a month with a total annual production of 74 million in 2019.