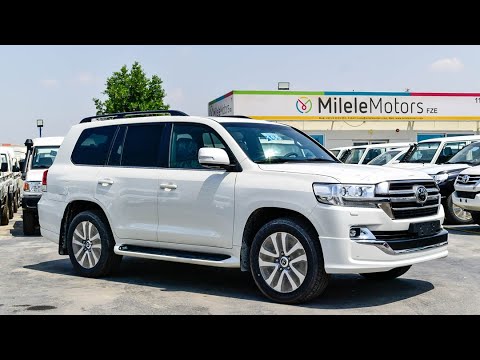 A luxury vehicle that had been bought for suspended ZESA boss Sydney Gata has been delivered to ZESA, ZimMorning Post reports. The vehicle, a land-cruiser VXR, which costs between US$65 000 to US$100 000 had been purchased as per his contract. A source that spoke to the publication said:

The process had commenced but we are not certain whether cabinet authority was availed because the then energy minister Fortune Chasi had not signed it. You will have to check with the new minister Zhemu Soda

The daily operations of ZESA are run by the board. I have not yet been informed of that acquisition so you will have to ask those in procurement department at ZESA

When the ZESA procurement official identified as Safure denied to comment on the issue and said:

I cannot comment on the issue because it is against our protocols. We are not allowed to speak to the media. I am sure you know where to go if you want a comment

The vehicle was reportedly delivered to ZESA on Friday and its not clear what will happen to the vehicle for now.