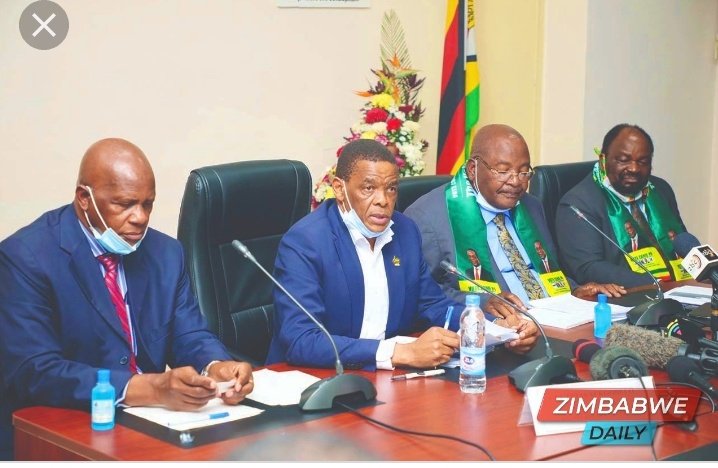 The ruling ZANU PF party is reportedly divided over South Africa and its ruling African National Congress’s (ANC) intervention in Zimbabwe in a bid to help end the country’s perennial crises.

An unnamed senior ZANU PF official told the Daily News that the sharp differences that are being played in public are confusing party members and regional allies and there is a risk that it could degenerate into a serious problem. The official is quoted as having said:

It’s clear that we are not speaking with one voice, and this is confusing both party members and our friends outside the country.

What is more concerning is that the differences are playing out in the open, needlessly so — with some comrades resisting the coming in of the South Africans, while others have welcomed them.

I do hope ED (Mnangagwa) gets on top of this soon, as this can quickly become a big problem.

While ZANU PF’s secretary for external affairs, Simbarashe Mumbengegwi on Friday poured cold water on the ANC’s mediation efforts on and vowed that the South Africans will not be allowed to meet with Zimbabwe’s opposition parties, the party’s secretary for administration, Obert Mpofu, told the Daily News on Sunday at the weekend that the ruling party was happy for the ANC to meet the opposition in future.

Respected University of Zimbabwe political science lecturer, Eldred Masunungure, told the Daily News on Sunday that the apparent divisions in ZANU PF over Pretoria’s and the ANC’s interventions are all about power struggles and the struggles to eat.

Masunungure argued that ideological differences are really not a factor but some bigwigs know that a government of national unity (GNU), or anything which brings in opposition parties will block their chances of going back into Cabinet.