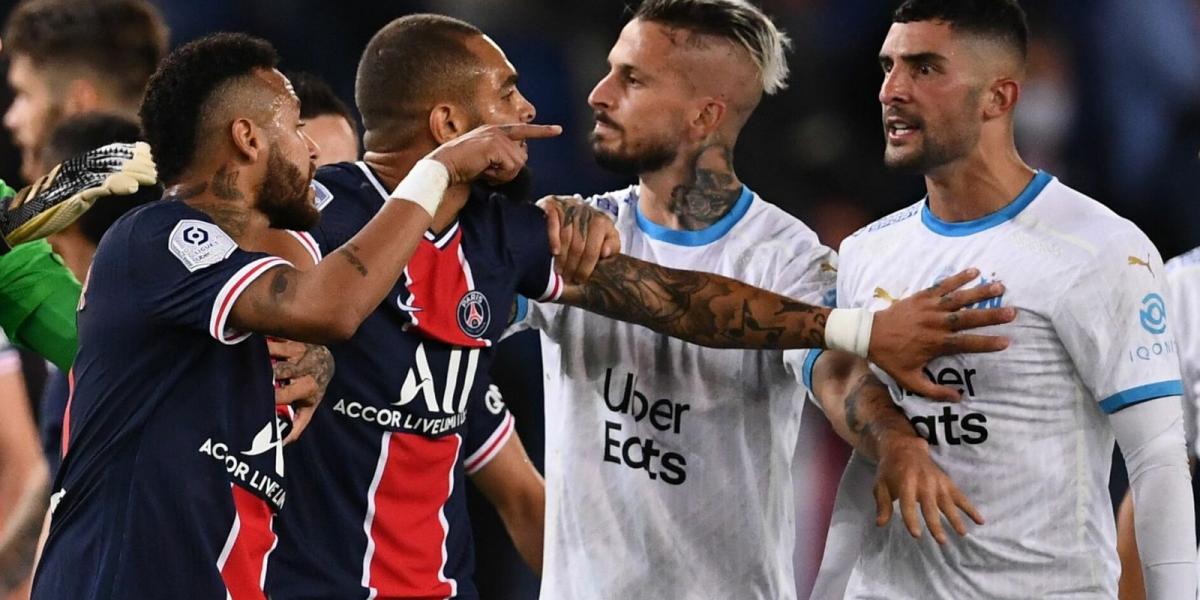 Ugly scenes marred the end of Marseille’s 1-0 win over French Ligue rivals Paris St Germain on Sunday, with the referee issuing four red cards during the 97th minute, and another one in the 99th minute.

Referee Jerome Brisard sent off PSG’s Laywin Kurzawa and Leandro Paredes, as well as Marseille’s duo of Dario Benedetto and Jordan Amavi following a full-scale brawl on the pitch in the last minute of stoppage time.

Brazilian forward Neymar was then also sent off for striking Alvaro Gonzalez in the back of the head, having had several incidents with the Spanish defender previously in the game.

Neymar also claimed he was subjected to racist abuse from Marseille defender Gonzalez.

Marseille head coach Andre Villas-Boas later told reporters that he hoped Gonzalez did not use racist language towards Neymar.

French football authorities have since confirmed they are to meet on Wednesday to discuss the incidents that marred Sunday night’s game.

The only goal of the match was scored by Florian Thauvin (31′) against the run of play, steering in a Dimitri Payet free-kick inside the near post from close range.

Laminator A4
US $70.00 Harare
Mandarin (Chinese) call in lessons
US $20.00 Harare
Mobile Barber
US $2.00 Bulawayo
Plumbing solutions
US $20.00 Bulawayo
7 in 1 cooker, toaster, donut maker, waffle maker and more
US $40.00 Harare
🧱 Building Material Available in and around Harare
Harare
Car radios
US $55.00 Bulawayo
Air Freshener with Dispenser
US $15.00 Harare