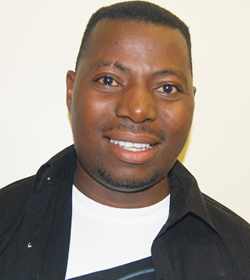 According to the Standard, Tongai “Dhewa” Moyo’s son Obert Tongai Jnr in his newest song took a swipe at his brother Peter Moyo and chided and mocked him likening him to the biblical Cain.

Peter and Tongai Jnr who are both sons of the late musician are reportedly embroiled in an inheritance row after the former reportedly made himself the executor of his father’s estate and took over Utakataka Express and disregarded the agreement that was made in regards to the distribution of proceeds from shows.

Tongai Jnr reportedly took to the studio to vent his frustrations in a song in which part of the lyrics says:

The Standard claims Tongai’s song is pregnant with meaning:

The track Cain and Abel is pregnant with the original Utakataka signature and chants, and Obert(tongai Jnr) evidently self-imposes himself as the natural heir to their father’s musical throne. He claims it was even revealed during their father’s living years that it would be him who would carry the torch in the event of his (father’s) death. Interestingly, he is also using the name Utakataka Express, the same one being used by elder brother Peter, and it remains to be seen if the two do not go the legal route to settle this matter.

Obert reportedly even took it to social media and said his father’s followers have made him the heir to his father’s throne.

Many Utakataka followers have been mourning the death of their beloved band. Tongai [Snr] made me the heir to the throne. People want to see Tongai in me. Look at the haircut, the dance skills, the tooth… I’m a Tongai reincarnate and that is a fact.

At the time of his death, Dhewa was reportedly customarily married to 5 wives.