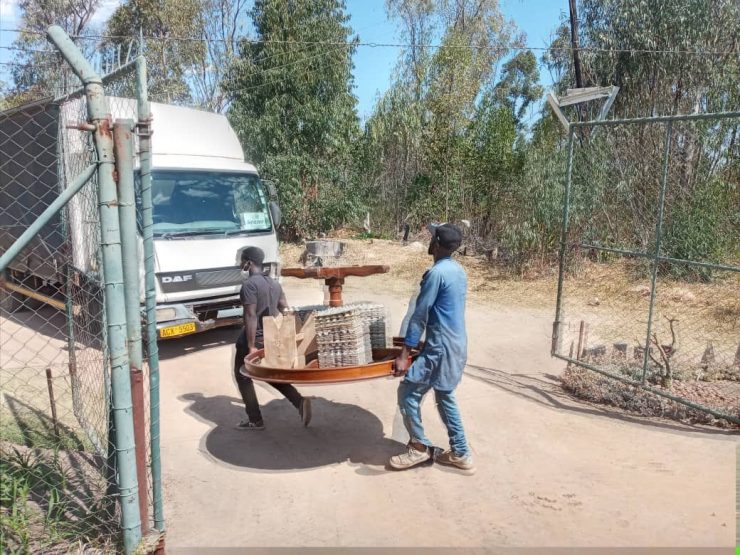 The Zimbabwean government has said it is investigating the invasion on Friday of a white-owned farm in Ruwa, a district located a few kilometres east of Harare, the capital city.

The farm in question is Protea Farm owned by Martin Grobler.

Reports indicate that an official from the agriculture ministry, Ivy Rupindi and one Chuma arrived at the farm’s compound on Friday morning in the company of a truck-load of police officers and a sheriff of the court.

Rupindi reportedly told Grobler that she was now the new owner of the farm before ordering him and his family to move out immediately.

The Information Ministry, in a statement late on Friday, said the government was establishing facts at the farm;

We have been made aware of a video depicting an eviction of a farmer and his family. Government is trying to establish the facts behind this matter.

What is known so far is that there is a legacy legal issue between the parties and the matter is being dealt with by the courts.

The eviction of Grobler from his farm comes barely a month after the government announced it would pay US$3.5 billion to farmers whose land was expropriated by the state during the chaotic land reform programme.

Information Ministry secretary Nick Mangwana on Friday said the matter dated a few years back and was a dispute between the two parties and that the case was not linked to the Global Compensation Deed at all.