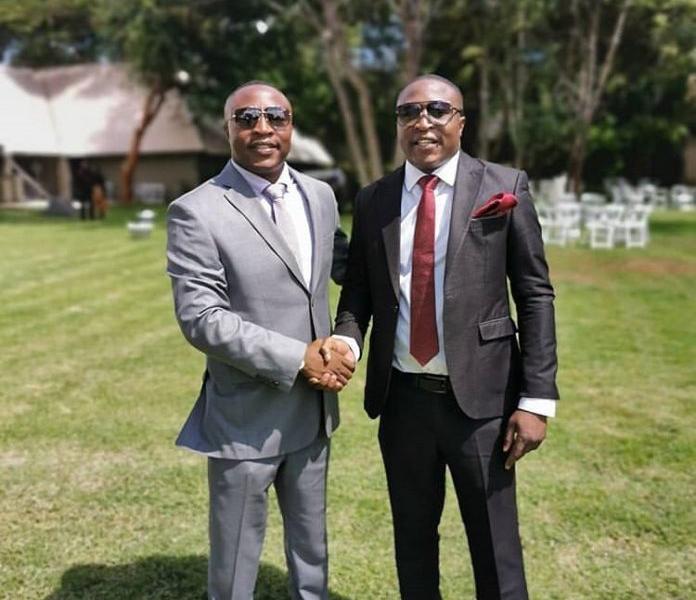 Norton Member of Parliament, Temba Mliswa, has accused President Emmerson Mnangagwa’s twin sons Shaun and Collin, of trying to get him arrested for exposing their “corrupt relationship” with Delish Nguwaya.

Nguwaya has been arrested several times, the latest arrest occurred in June this year after he allegedly misled government into believing that his company Drax International, also known as Drax Consult SAGL, was a medical firm and could supply COVID-19 equipment to the Health ministry.

In a voice note to the twins, Mliswa, who claims to be President Mnangagwa’s brother, chides the Mnangagwas and tells them they are too little to touch him.

Here is a transcript of Mliswa’s voice note:

But if you think you can get me arrested, me your uncle, because of your love for money then you don’t know this uncle. I’m meeting the president, my brother, and I’m telling him. He knows about it. I had to call him yesterday to tell him that I want to be arrested because Delish has spoken to [Police Commissioner-General Godwin] Matanga about you influencing him to get me arrested because I have just said the truth, I’ve just said that the person you are hanging around with is not good for you.

If you want an uncle who lies to you I’m not the uncle who’s gonna lie to you. Equally I’ not gonna have somebody who you are hanging around with who is a double agent. He is G40 in total, the evidence I have. I told you when the president was inaugurated that don’t play with this guy, I even told maiguru (Auxillia Mnangagwa) and she reprimanded you.

You have continued to ignore your mother’s call, you have continued to ignore your father’s call for the love of money. Let me tell you political party goes. My brother is in power, but there will be a time when he will leave. The question is that when he leaves, how many enemies you two would you have created, how many people’s toes would you have stepped on?

You must look at the former first family [Robert Mugabe, his wife Grace and their children]. You can say what you want to say, but they were not as corrupt as the allegations that are on you.

The reason is that you are dealing with somebody who is totally corrupt, who’s a double agent, who’s a G40. I talk to G40 people, Delish Nguwaya is planted and he tells them everything that goes on in the first family, they know what is happening. That can even lead to your own parents being killed if you don’t understand this.

But because you are so obsessed with money, because you love money you have decided to even go against me, to get me arrested. You are little boys. You were born way before you knew me.

You go and order me to be arrested because you were just upset because I exposed your corrupt criminal relationship with Delish Nguwaya. Who is Delish Nguwaya? A Neighbourhood Watch who you have now taken to the first family. He has infiltrated the first family because of you. We worked for the president to be in power not for you to do what you are doing.

Do you think I can be afraid today? If I have to sever family ties with you, so be it, but I will not do so with my brother. You will never come between me and my brother. I have always been there to protect his legacy. I have always been there to do a lot. I have been in prison under [former Police Commissioner-General Augustine] Chihuri, under Mugabe because I supported ED. Over 70 times I used to be arrested for him. Now he is in power you want me to be arrested for doing nothing, finding a fault that I reprimanded the police. You go to the courts to get a warrant of arrest for me to be locked up, and you think when we see each other we smile? Don’t you think I have children too who want to see me every day?

You are so obsessed with money. Don’t do that boys. What you have done, until I sit down with my brother and your father there, you have started a war. I can hit back too. You can have all the army, you are trained whatever, but not with my weapon that God has given me. I am protected by God, I’m not protected by the military. You must understand that. You have crossed the line. I’m telling you this.

Listen to Mliswa’s voice note below: