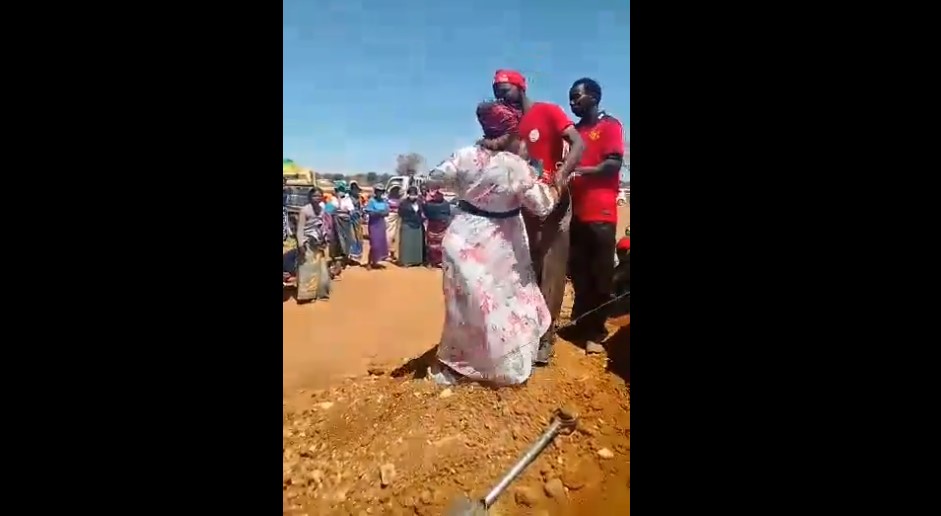 A Kwekwe Councillor, Future Titora, was on Tuesday blocked by from addressing mourners at a funeral wake by youths belonging to the MDC-Alliance (MDC-A) led by Nelson Chamisa.

MDC Alliance youth chairman Nhamo Zvenyika said Titora, who is Ward 2 Councillor, could not address the mourners because she had become a sellout by defecting to the judicially-created MDC-T despite her election on an MDC Alliance ticket in 2018.

Titora confirmed the development, saying she had to leave the funeral wake after the youths threatened her with unspecified action. She said:

I was attending the funeral of Innocent Mudondo and I was supposed to give a speech in my capacity as a councillor. When I rose to give my speech, Zvevamwe and two other youths grabbed me and told me to sit down as I was not councillor anymore. Zvevamwe went on to give the speech in my place.

I am still a councillor and I am supposed to carry out my duties without any hindrance. They should wait for their time to be elected so that they can do the job.

Titora said she filed a report at Mbizo Police Station.

Reports indicate that in Kwekwe, three councillors have dumped the Chamisa-led MDC-A to join the MDC-T.

Besides Clr Titora, other councillors believed to have crossed the floor are Joshua Tinago and Mercy Ranga.

Meanwhile, Kwekwe mayor Angeline Kasipo has vowed to support Chamisa even though she faces the risk of being recalled by the vengeful judicially-created MDC-T.