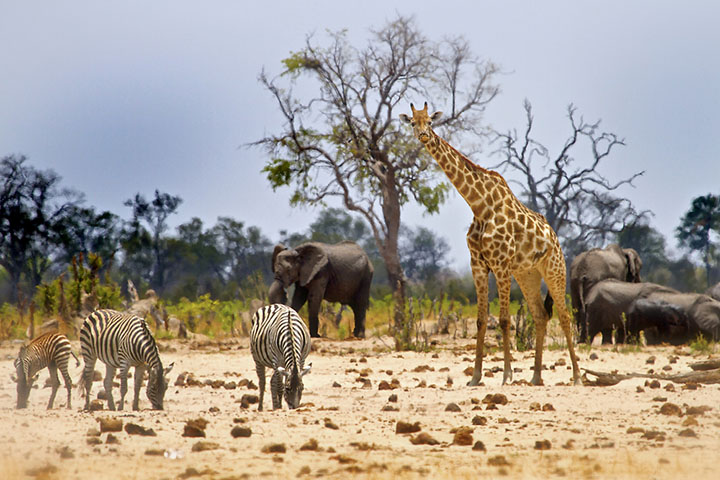 The government has announced a ban on mining activities in national parks and rivers following an uproar over the granting of concessions two Chinese firms to explore for coal in the Hwange National Park.

Mining on areas held by national parks is banned with immediate effect. Steps are being undertaken to immediately cancel all mining titles held in national parks.

All riverbed alluvial and riverbed mining on rivers are banned with immediate effect, except on the Save and Angwa rivers where de-siltation will be allowed under very strict conditions.

Mutsvangwa added that all holders of mining claims have to obtain approval of Environmental Impact Assessment (EIA) from the Environment Ministry and acceptance of site plan works from the Mines Ministry. She said:

All those holding mining concessions will be given a grace period to be announced, to obtain Environmental Impact Assessment (EIA) and State of Works Plan acceptance by the Ministry of Mines and Mining Development.

It was noted that the granting of mining concessions through mining claims and on a special grant is not a licence for the resumption of mining.

All holders of mining titles are required to obtain approval of EIA and acceptance of Site Plan Works by the Ministry of Mines and Mining Development.

This position will be strictly reinforced by the two ministries responsible for Mines and Environment.

Recent reports had indicated that the government granted coal-mining concessions to two Chinese-owned firms, Afrochine Energy and the Zimbabwe Zhongxin Coal Mining Group, to mine coal in the country’s largest game park.

One of the companies was accused of polluting homes, schools, clinics, irrigation schemes and the Deka River in Hwange.