The ruling party has released the following statement which stresses that they will tell the visiting ANC delegation that there is no crisis in Zimbabwe. Zanu PF also said the meeting will be between Zanu PF and the ANC only which further fuel reports that the government blocked President Ramaphosa’s delegation from meeting other stakeholders when they visited Zimbabwe last month. Check out the ruling party’s statement below:

STATEMENT ON THE ANC DELEGATION

ZANU PF is expecting the African National Congress (ANC) delegation to arrive in the country today for an engagement with the ZANU PF delegation tomorrow to discuss issues of mutual interest.

The ANC delegation will meet ZANU PF delegation led by the Secretary for A ministration Dr O. M. Mpofu as part of Party to Party engagements. We are also aware that this visit is taking place against the backdrop, of false claims of a nation in crisis. Zanu PF will take the oppotunity to the reality on the ground in Zimbabwe, South Africa and in the region candidly and frankly with their revolutionary sister the ANC.

Following inquiries from various quarters and our friends from the media in particular the purpose of this  meeting, ZANU FP wishes to make it categoncal clear that this is a meeting between the ZANU PF delegation an the NC delegation only 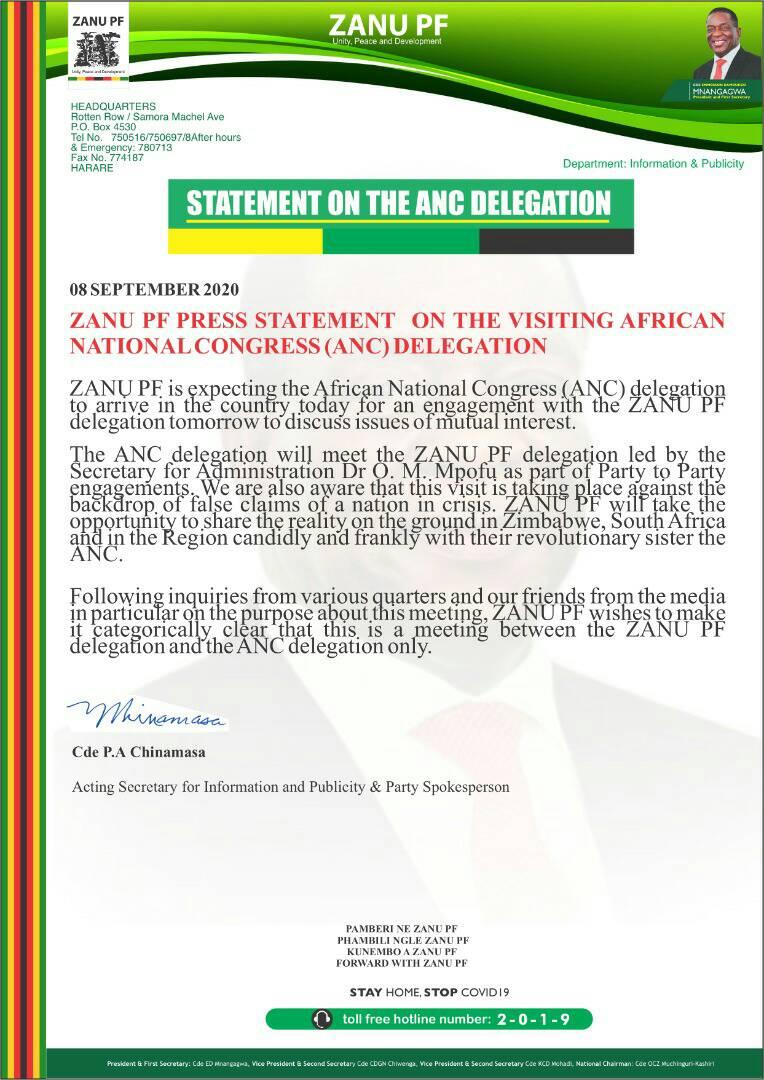