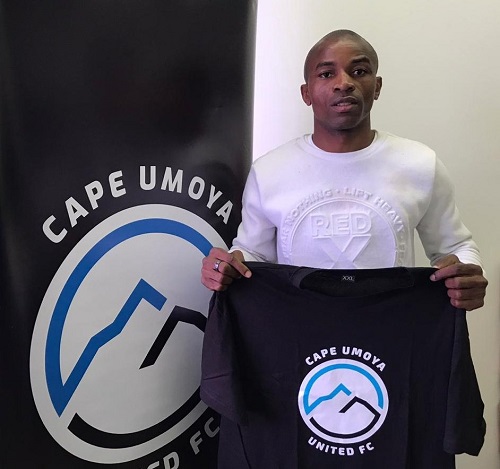 Former Highlanders player Gabriel Nyoni has revealed how he managed to sign with a new club a few short days after Maritzburg offloaded him, BBC Sport reports.

Some few highlights of my career so far. Kindly like & retweet. Maybe i can get a job following everyone who retweets

Nyoni told BBC how that tweet helped him get a job and the interest it generated and said:

Cape Umoya already had an interest in me, but the Tweet cemented the interest and made other clubs as far as Egypt wanting my signature, as well as some South African PSL teams. The Tweet also gave me football contacts as far away as Europe, but the interests came after I had then already agreed terms with Cape Umoya.

The other clubs asked why I didn’t wait for them, but loyalty and honesty are among my top priorities, so I finished the deal with them.

Moyo who holds a Marketing Degree from NUST also explained how his marketing background played a role in helping him secure a new team:

With my degree I understand how social media can help someone to grow. I wanted to market my brand and create awareness of what I can do. I have a manager but I did this as my own initiative – as a player, as a brand, you have to take yourself out there, and after playing football it will benefit you, even if you want to go into football administration.