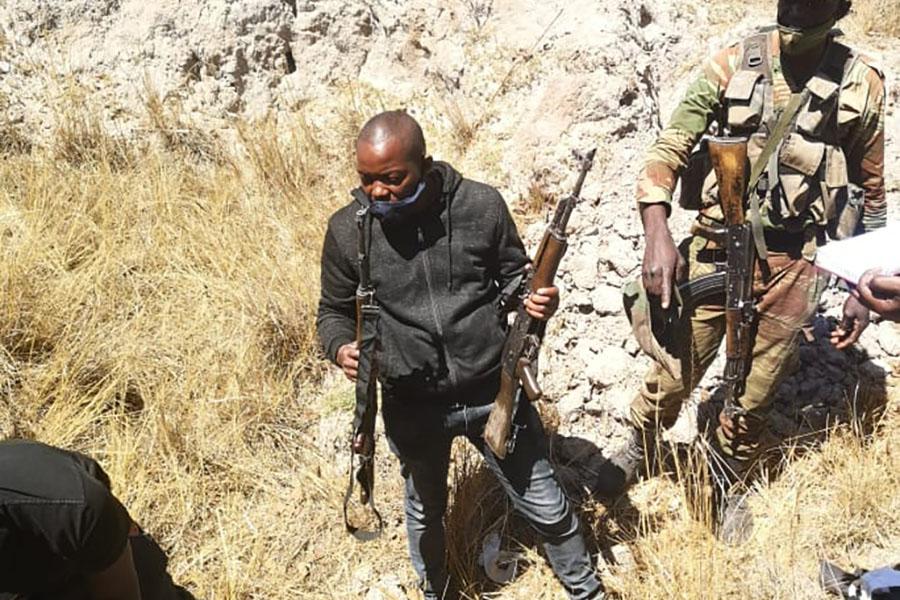 The two men who shot two soldiers, one fatally, at Chivhu Police Post on Saturday, were shot and killed on Sunday during a firefight with security forces.

The duo, who were armed with a pistol and the two rifles they seized from the soldiers they shot on Saturday, were cornered in an anthill pit, 16km along the Chivhu-Gutu road.

During the gun battle, Corporal Stanalious Chiunye, from 1 Commando Regiment, was seriously injured in the leg.

Following the tragic shooting of two security service members in a murder, attempted murder and robbery incident at Chicken Inn Police Base, Chivhu on September 5, 2020, and the subsequent deployment of investigation teams, the security services inform the public that the two suspects have been accounted for after an exchange of fire at Waterbury Farm, Ward 8 Chivhu, off Chivhu-Gutu Road.

… The suspects were then shot and seriously injured. They were taken to Chivhu Hospital where they were pronounced dead on arrival.

Ass Comm Nyathi added that the two rifles, four magazines which were robbed from the two shot soldiers plus the pistol used by the criminals to commit the murder and armed robbery were recovered from the scene.

Mupanganyama was reportedly angry when he realised that the man who had summoned him was not his superior, and he stormed off and went back inside the police base. The memo from the Criminal Investigations Department said:

The purported ex-member followed the deceased into the police base talking to the deceased on top of his voice. All of a sudden, the other accused approached at the entrance of the police base and without saying anything he produced a corked pistol and started firing directly at the two army members. Sensing danger, a female police officer took cover under the visitors’ bench.

The two attackers “automatically disarmed the two soldiers and took away the two AK47 rifles and fled into the bush.

The two suspects are yet to be identified.