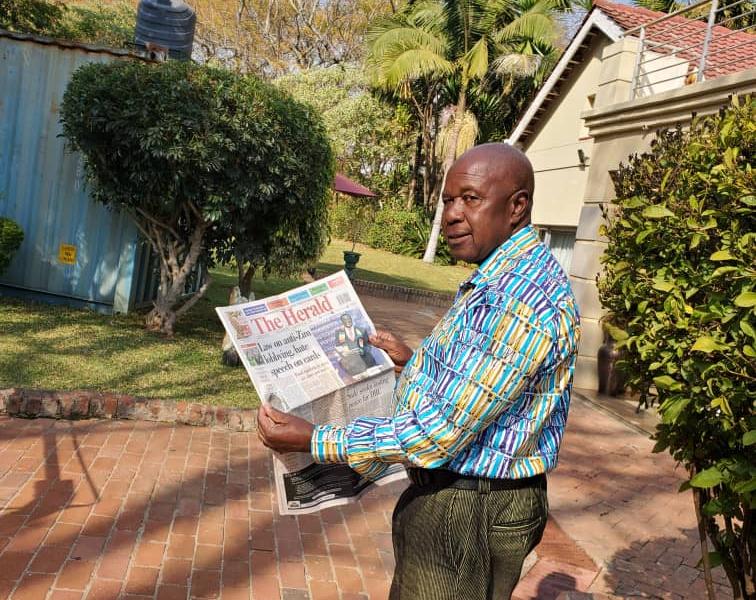 Some members of the Zimbabwe National Liberation War Veterans Association (ZNLWVA) have called for the organisation’s executive to be disbanded on allegations that it is neglecting them.

Speaking during a press conference in Harare on Thursday, the ex-combatants, led by Ethan Mathibela, who was flanked by Ignatius Mutsinze, Shelly Kays and Fandafa Wandafa, claimed that Mutsvangwa’s leadership lacks vision. Mathibela said:

We demand that upon dissolution of the national leadership, there be a mechanism in place to start a process of conducting a congress which will allow the election of new leadership.

Since its inception, the ZNLWVA has been affected negatively by poor management and lack of visionary leadership.

We have observed that leadership has failed to establish an independent headquarters for the association.

The group said they had raised their concerns with Labour and Social Welfare minister Paul Mavima, who confirmed that he had been approached over the issue.

Mavima however, accused the war veterans of being presumptive by taking the matter to the media.

One Comment on “War Veterans Accuse Mutsvangwa Of Lacking Vision”